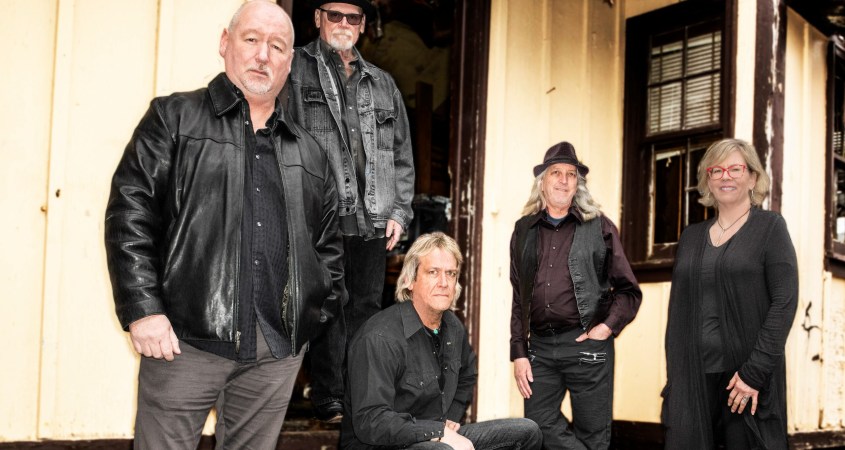 Over The Hump is a humorous tale of an ageing body playing host to a younger mind’s thoughts.

Based around a traditional 12 bar blues arrangement, the debut release by The SlideWinder Blues Band incorporates seasoned musicianship, a lyrical playfulness, and a good-time groove to create an alluring concoction of contemporary blues music, a track that’s as infectious as it is fun and irresistible.

The debut release is a blues music experience like no other. The rousing, tongue-in-cheek ode to getting on in years is a funk-sprinkled taste of Texas and Chicago driven contemporary blues. It reflects the band’s renowned live shows: full of energy, authenticity and offering a sonic pallet that represents the Mississippi Delta and New Orleans.

Hailing from Doylestown, PA, The SlideWinder Blues Band is now in its fifth year. With the release of Over The Hump, the PA Blues Hall of Fame inductees and winner of the Bucks Happening List for two consecutive years in the Best Band category looks set to expand its aural footprint and global reach.

The band’s core members include founder Paul Boddy (lead vocal and guitars) who has over forty years of performing and playing under his belt; writing and recording music in multiple genres, and forming Slidewinder.

Lori Gaston (backing vocals) began singing in a funk horn band at the age of 16, playing bars and clubs around the Allentown, PA area performing relentlessly through the disco era with several bands, including Under The Gun, before joining SlideWinder.

Glenn ‘The Wizard’ Hale (organ and piano) has played music for fifty years and brings a rock edge to the band.

Chuck Hearne (bass) has played with some of the best blues and rock outfits in the business, touring Europe with the Todd Wolfe Band (guitar, Sheryl Crow), and spending 20 years with the Flamin’ Harry Blues Band.

And Dave Hollingsworth (drums) has toured the globe with Todd Wolfe, played with Leslie West and Geoffrey Whitehorn of Procol Harum and sat behind Dickey Betts, John Mayall and Andy Powell from Wishbone Ash.

As you’ve guessed, The SlideWinder Blues Band is not a band of beginners, and Over The Hump is just the start.