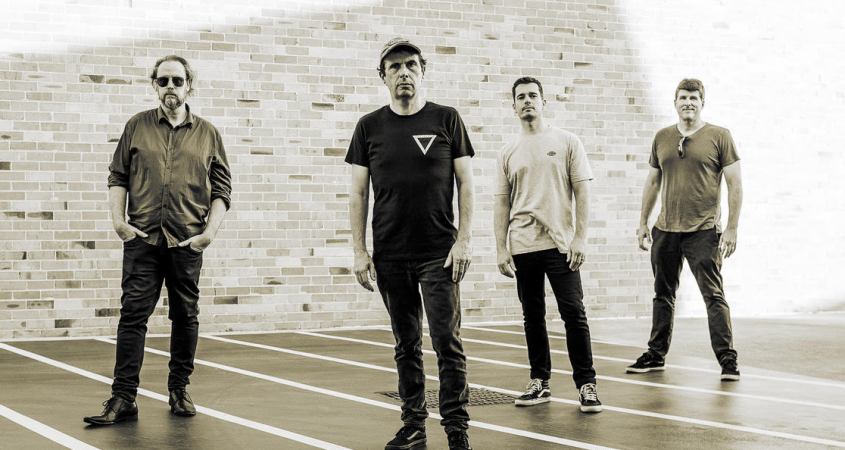 The new release follows the propitious response to their last single Little Miss America, which has amassed over 50,000 streams and received play on Double & Triple J radio, and also the very heartwarming reaction to their track I Will Follow You, which shot to Number 1 on the AMRAP Metro Charts in September/October 2020.

The attention these tracks have received has enabled the indie folk-rock band to continue galvanising followers and expanding their audience. In fact, 2020 was a good year for the band in terms of radio and online coverage.

After years of writing, recording, and performing, Josh Orange has disclosed somewhat of a revelation with the release of their new single Midnight Lights, the title track from their album due out on 12 February, 2021.

As the band says: “We have learned how to record and get out of the way of a song”.

Wise words indeed. And in a sense Midnight Lights does sound like that. A decent song should ideally weather any storm, be it murky production, lacklustre performance, or obtrusive or uninspired instrumentation.

Thankfully, we don’t have any of that with Midnight Lights. What we do have is a band sticking to their patch, continuing their saunter along creativity’s boardwalk.

Upon first hearing the recurring theme, one immediately assumes the group’s inspiration points lie somewhere between U2, Coldplay or near to any number of US indie stadium pop-rockers. But the sound is recalibrated via the restrained intonations of the lead vocal, a sort of quiet, subtle communication rather than a fist in the air, lighter waving stance.

And it seems to work. It appears that Midnight Lights might also be an attempt to faithfully reproduce the band’s live sound.

As the group has revealed:

“We love what we do, we are a gang of brothers that are all fighting for the same goal – great songs. The live show is where we shine the most: it’s unpredictable, it’s always a huge buzz and we look forward to taking the new album on to a stage soon.”