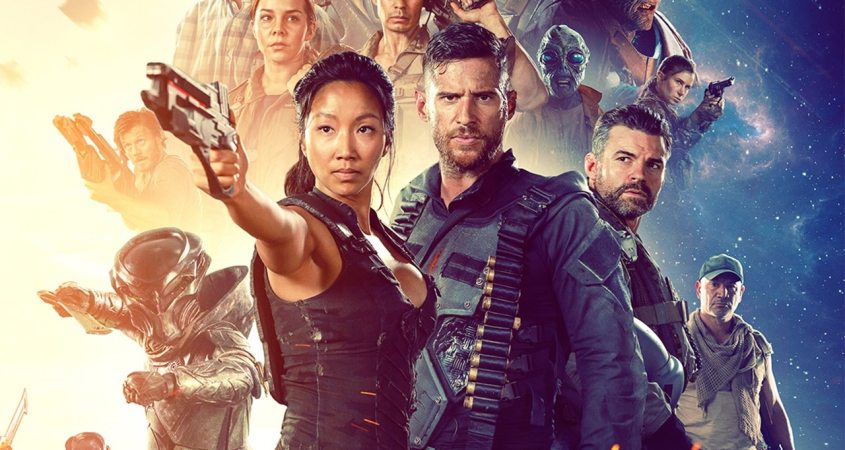 Set two years after an alien invasion of Earth (Occupation), Occupation: Rainfall could be an intense cross between Mad Max and War of the Worlds. After only the briefest of introductions, we’re in the middle of the action, and from there the mysteries multiply and the conflicts escalate even between allies.

This is a movie in which hope faces overwhelming odds and empathy must overcome desperation if right is to triumph over might and our humanity, even our species, is to survive.

Into these complexities comes word of a new threat, a hidden super-weapon that the alien occupiers seek: Rainfall. It becomes the task of a human and an allied alien to find it first — a task made all the more difficult by antagonism between them and by understandable but misplaced opposition to the alien by those around them.

Although there are moments when a lead character’s motivations are unclear and others when the story’s main thrust risks submergence by subplots, and though audio balance doesn’t always favour voiceover or dialogue over sound effects, the film has a lot going for it. The action is realistic; fight-scene choreography is mostly discernible, and the cinematography otherwise provides a great visual experience of enormous spaces and warriors in the thick of battle; and special effects and costumes make the whole thing terrific fun. With a rich, driving soundtrack and plot twists galore, Occupation: Rainfall will certainly let you know you’re alive.