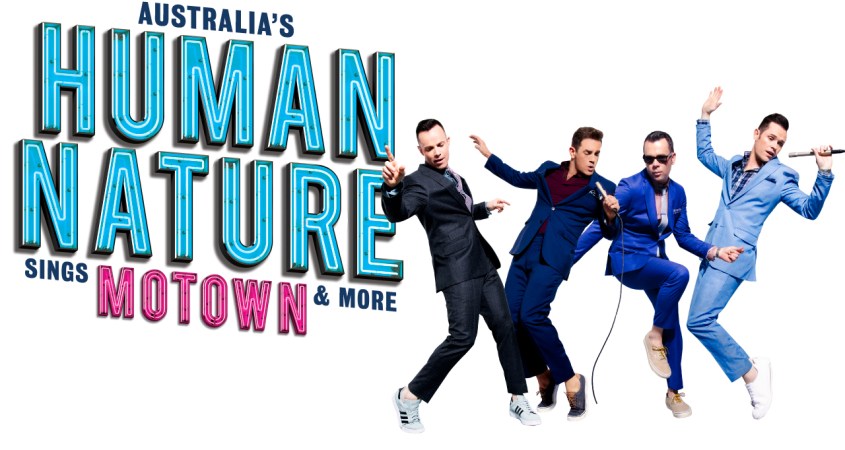 People seem to have a long memory for bands that give them joy. Human Nature’s Christmas concert at the Canberra Theatre (the first of two consecutive nights), titled Christmas Classics, Hits & More, testified to that, with its 75% capacity sold out, the audience needing little encouragement to clap and “seat-dance” along.

And there was something for everybody: old favourites such as “Winter Wonderland” and “Telling Everybody”; even older favourites such as “Runaround Sue” and “I’m Dreaming of a White Christmas”; and the very new, such as “Nobody Just Like You”. The band reshaped classic carols — a medley of “Silent Night” and “O Holy Night” in six-eight time sounding as though both songs had always been that way; it gave uniquely soulful treatments of Motown hits (think “My Girl” and “Ain’t No Mountain High Enough”); it delivered falsetto popular songs from all periods; it made emotional sense of “Stop in the Name of Love” and “Dancing in the Street”; and it delivered all of these with perfect tuning, perfect timing, indomitable energy, and infectious enthusiasm.

Human Nature had been reduced to three-quarter size, two days before the show, by mandatory quarantine of Toby Allen.  The harmonies sounded great nevertheless.  By and large, the group’s songs were energetic and cheery, and, though its accompanying band of instrumentalists was limited to a keyboardist–saxophonist, a guitarist, and a drummer, at no time did the two-hour concert approach “sameyness”.

Probably both of these achievements owe something to the band’s use of some soundtrack backing as well, providing percussion, wind, and strings here and there. But I think the sense of constant variety perhaps arose more from the group’s great repertoire of dance steps; from the unpredictability of its introductions and finishes; and from its members’ genuine joy in their music and in interacting with the audience, which they did smoothly, often, and with a good deal of laughter.

With a background screen and lighting that added great colour, it was a complete show and one that left everybody ready for more.

My one gripe about the concert arises from the uncontrolled sound, all too easily propagating the next generation of permanent hearing loss and painful tinnitus. Fortunately, the theatre provides earplugs upon request to anybody with normal hearing.

Human Nature’s two-day lightning visit to Canberra as part of its Good Good Life tour will continue into early January in Sydney, Adelaide, and Melbourne, recommencing for a further fortnight at the end of August and returning to Canberra for one night on the 14th of September.