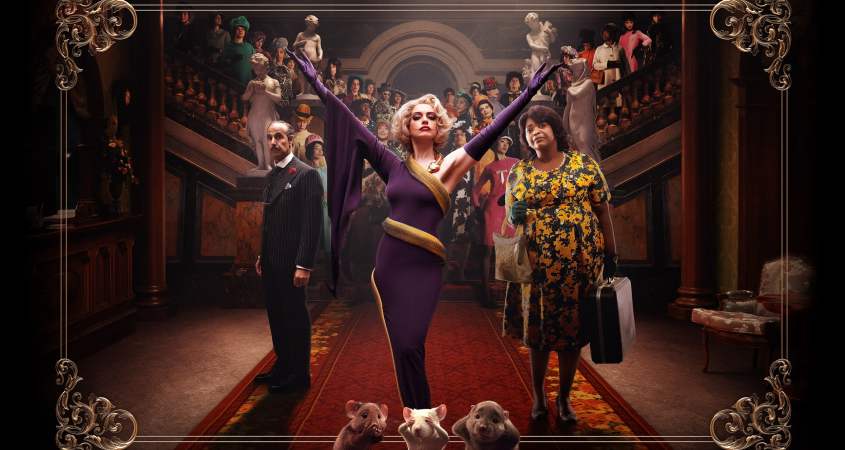 Orphaned in a car accident at the age of eight, our unnamed hero (Jahzir Bruno) is taken in by his maternal Grandma (Octavia Spencer) and slowly rediscovers joy in his life when Grandma brings him a pet mouse. Fortunately Grandma knows quite a bit about witches too; when she realises that a witch has targeted her grandson, they promptly leave town for a coastal hotel — and into worse trouble.

A mix of live action and animation, the movie is of course a comedy, but its plot calls upon its youngest protagonists as well as Grandma to act with courage and imagination and tips them into an adventure of escalating hazardousness. Roald Dahl’s children’s fiction, even when filled with comic moments, doesn’t shy away from such catastrophic events as permanent magical transformations of children into chooks. Fortunately, The Witches provides its younger audience members with the tools with which to cope with these and other, even likelier, contingencies, through selfless attitude and action. For children, it’s an action movie. Some scenes may be a little much for the very youngest, but anybody aged eight or more can probably enjoy it without experiencing any real fright. The integrated animation, besides providing several of the main characters, provides a great deal of fun in the face of the menace of the Grand High Witch (Anne Hathaway).

With the voices of Stanley Tucci (as hotel manager Mr Stringer) and Kristen Chenoweth (as Mary the mouse) rounding out an impressive cast acting to spectacular animation, The Witches will leave the entire family with amusing images and a sense that there’s much adventure to be had even if you do suffer permanent transformation into a small animal.