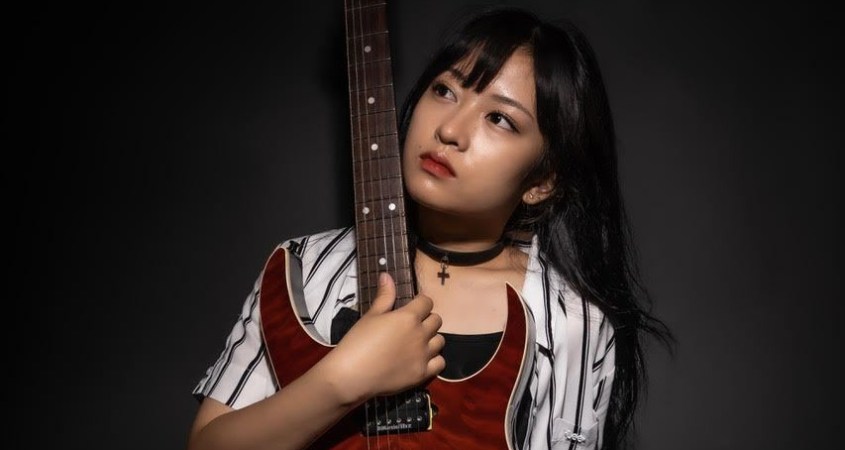 Perth musician and singer-songwriter RinRin has just released her debut track The Game. The track is a frenetic, unrelenting slice of post-punk fizzy nu-metal infused with touches of studio wizardry that attempts to balance a pop sensibility with a hyper-kinetic guitar-driven edge, an amalgamation that for the most part works.

The Philippine-born Australian-based artist is undoubtedly more than a little adept in the technical department and her vocal is well-suited to the task of marrying her J-rock tendencies to her pop-enriched melodic inclinations. While RinRin was honing her guitar skills as an advanced student, she was already crafting music in Garageband on her iPad, replicating game soundtracks and exploring the technological aspects of modern music production; judging by the wham-bam virulence of The Game it appears as if that mimicry has paid off.

And all this while absorbing the material of a variety of influences including Paramore, Orianthi, Baby Metal and Avril Lavigne, an array of impressions RinRin has developed into confident musical ammunition: stagecraft, technical fluency, and assured songwriting.

After joining Perth emo-rock group Love Me Natalie in 2019 and releasing a series of singles, RinRin is now embarking on a solo venture. With Spotify streams already over the 30k mark with 9k listeners a month—the largest segments of her audience spread across LA, London and New York—and YouTube views at 19k, The Game’s effervescent, undaunted glow has all the rawness and contained energy to help launch RinRin into the rock limelight.

As RinRin says about the new track:

“The song is about relationships in general where people manipulate you just to get what they want, taking advantage of the fact that you are always there for them. In the end, you realised they are just playing you and decided to move on with your life without them. So intoxicating when they are just using you to fix their own misgivings in life without even thinking you also have a life to look after.”