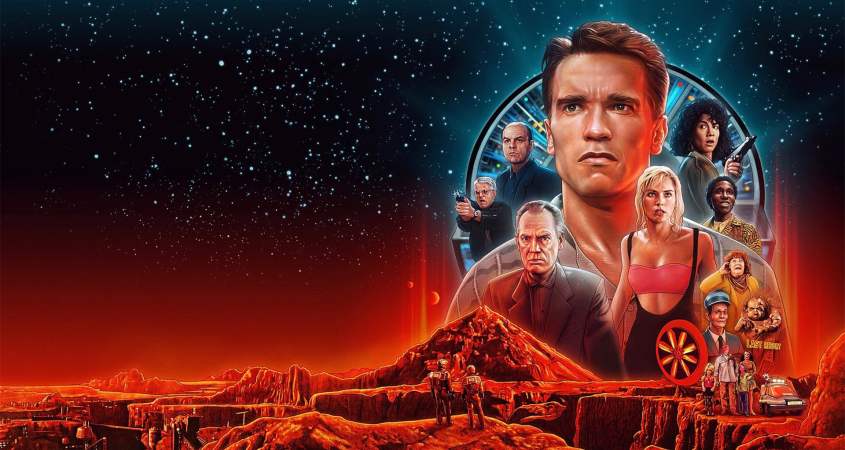 Though he has never taken the opportunity to travel there, for six weeks Douglas Quaid (Arnold Schwarzenegger), a construction worker, has been having nightmares set on Mars. Driven to visit Mars despite the objections of his wife, Lori (Sharon Stone), and unable to do so, he takes a virtual visit there via memory implantation — but the process stimulates hidden memories and reflexes.

Suddenly, people are out to kill Quaid; but he now has the skills with which to defend himself. With the help of several old colleagues, and realising that he must find out who he really is, Quaid makes his way to Mars — where he finds that he has been followed by his would-be killers; he is well-known and highly disliked under another name; and his only contact hates him.

Quaid’s discoveries of the circumstances leading to suppression of his original memories and what role he could play in saving Mars’s population from the depredations of its megalomanic president parallel the viewer’s discoveries of the film’s plot subtleties. Despite a couple of points of disconnection and a dearth of characters of any great complexity, and although its 4K remastering has resulted in less than the visual definition you might expect, Total Recall works even today as a science-fiction surprise because it so often takes imaginative turns to present the unexpected — and because its climax employs a satisfying box of tricks to overcome adversity and fulfil a vision that the planet’s population had hardly dared to entertain.