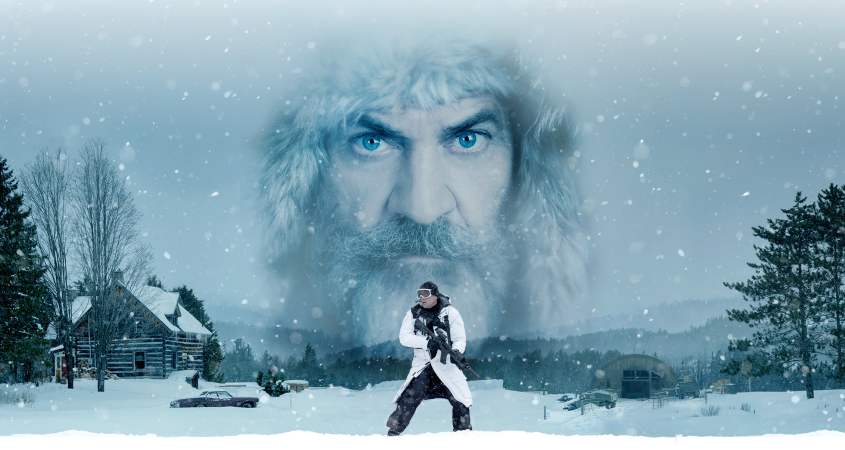 Chris Cringle, also known as Santa (Mel Gibson), discriminates pretty well between the kids who have been good and those who have not; and those who have not find that he has left them a lump of coal for Christmas. But, with toy deliveries declining because so many children are being raised into irresponsibility and unkindness, Santa’s subsidy cheque from the U.S. Government isn’t even covering the energy bills let alone paying the elves. The military offers a short-term solution in the form of a contract, but the problem remains unaddressed, and Chris feels that he has failed in his mission and has begun drinking rather heavily.

Rather than respond to his Christmas disappointment with introspection, Billy, in keeping with his character, decides to make Chris pay — and so employs his regular thug-for-hire, Skinny Man, to kill him. And it’s Skinny Man’s attempt to do so — which is partly personal, as he had only once received a happy present from Santa — that sparks Chris’s recognition that he needs to seize the initiative if he is to make a difference to the behaviour of children such as Billy.

Fatman doesn’t seem to know whether it’s an action film set in a partly fantastical universe or a children’s film set in an all-too-adult world of violence. For children, the violence is too much, and the lesson it delivers is that no evil a child can do will have actual consequences for the child. Yet for adults, the movie’s ending makes just as little appeal to a sense of a satisfying outcome. As well, an entire military subplot seems to have entered into the screenplay merely in order to delay the inevitable confrontation between Chris and Skinny Man.

For all its faults, and although the viewer never sees Santa fly or learns what Santa knows or how he knows it, Fatman delivers a tale with interesting premises and a great grumpy Santa who is a fine shot and has a way of getting adults to examine their consciences even if he evidences no understanding of children.