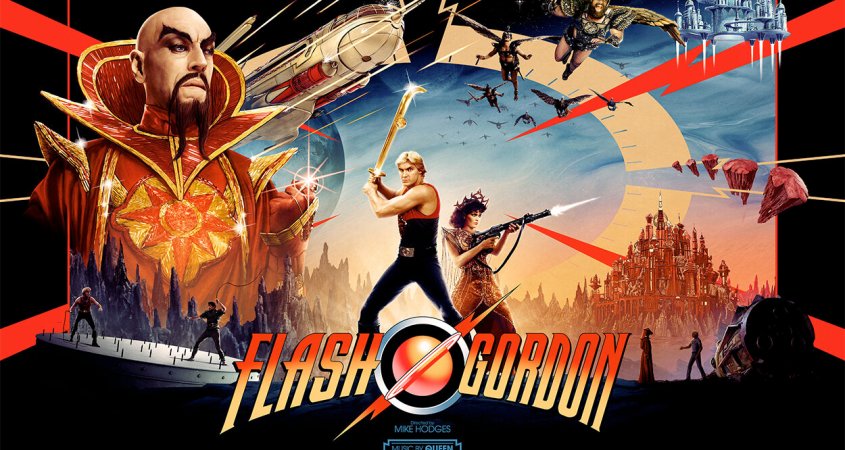 Let’s get one thing out of the way: Flash Gordon is primarily neither an action film nor a science-fiction film; it is, first and foremost, a comedy. Three years before its release, Star Wars had exploded onto screens world wide, and its sophisticated plotting; future technologies verging on magic; unprecedented makeup and prosthetics; and special-effects photorealism had ushered in an era. Star Wars had created a fantasy world inhabited by adults, populated it with aliens we could believe in, and made the impossible real.

Then, three years after this triumph, Flash Gordon appeared, with its 1930s science-fiction story premise, its pre-war sex roles, its faintly disco costumes, its antiquated spaceship designs and disco interiors, comically unbelievable special effects in which the strings are notable by their absence, and its melodramatic theme song, penned and sung by Queen. It was impossible to mistake for anything other than what it was: a cinematic send-up of 1970s preening culture.

Over time and cultural distance, the movie has suffered misinterpretation as a serious attempt at romantic SF. But the audience in the cinema at the immaculately restored 4K screening I attended fully appreciated the joke as intended; there was a great deal of laughter.

This is not the movie for a critical eye; it’s one for restoring feeling in your funnybone. See it as it was intended — as a joke on all of us — and you’ll get a kick out of it.