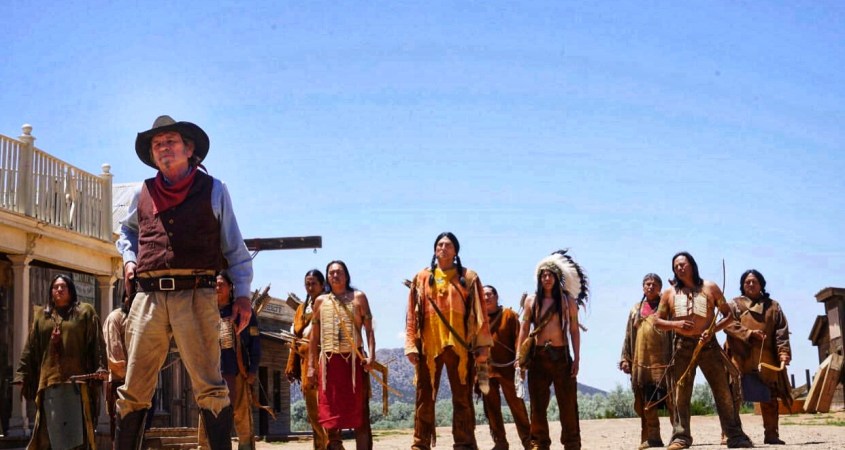 Film producer Max Barber (Robert De Niro) has gotten in deep with the criminal underground by borrowing hundreds of thousands of dollars to make a guaranteed hit, Killer Nuns — which has flopped at the box office. Now Max has 72 hours in which to repay the debt in full before gangster boss Reggie Fontaine (Morgan Freeman) returns to exact fatal retribution.

Max is desperate: almost desperate enough to sell to former protegé James Moore (Emile Hirsch) the screenplay that he has perfected and waited for many years for the opportunity to produce. Max’s nephew and business parter, Walter (Zach Braff), doesn’t believe that Max will live to see his screenplay produced unless he sells it; but Max cannot bear the thought that its leading role will be butchered by James’s chosen star. Even so, when James’s offer on the screenplay reaches a critical figure, Max finally, reluctantly, accedes.

The contract will be signed the following evening.

But in the meantime James’s star, Frank (Patrick Muldoon), suffers a fatal accident before filming begins, and the consequences inspire Max’s most criminal scheme yet: he will immediately commence filming a wild western, The Oldest Gun in the West, in which he will star an old-timer insured to the eyeballs. The star will die in a stunt on set; Max will receive a hefty insurance payout; and almost everybody will benefit by it.

And that’s where the long-retired star Duke Montana (Tommy Lee Jones) enters the picture: he will be Max’s unlucky star.

But The Comeback Trail is a comedy, not a thriller. And of course Max has a great deal of trouble killing off his star. And Reggie Fontaine — Reggie, who has forgotten neither the debt nor the deadline nor the various ways in which various characters have met their untimely ends in his favourite movies — has had enough.

The Comeback Trail may be a comeback of a kind for seasoned stars De Niro, Freeman, and Jones: all three depart from their usual kinds of role, proving versatility we might never have suspected. In the process, they’ve made a comedy that deserves instant success. Its plotting and pacing keep us enthralled; the acting is pitched perfectly; and the spectacular “accidents” that Duke and other innocent bystanders survive only add to the general hilarity that all three stars create through their perfectly nuanced characters.

This movie is a gift. See it at least once while it’s here.