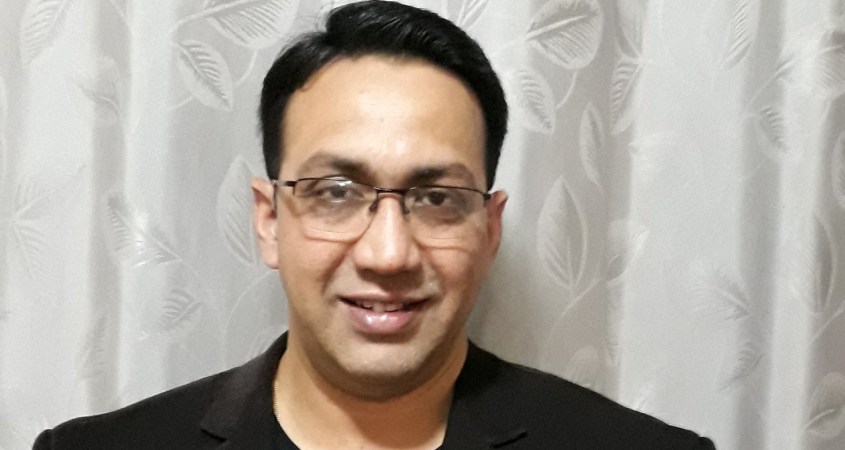 Mayday begins with a familiar ’70s R&B, soul-pop pastiche aesthetic, but a few bars in one soon learns to adapt to the world in which Anirban has set his tale of domestic disquiet.

Despite utilising a conventional assemblage of instrumentation, keys, guitar, and drums, this combination coalesces into something quite spare, though perhaps this is the understated, quite restrained performances at play here.

Gliding above this minimalistic urbane landscape Anirban’s voice morphs from up-close low confessional in the verses to crooning elucidatory in the chorus, whose melodic make-up is perhaps the strongest aspect of this song.

The verses and pre-chorus do an admirable job of support, lean and effective as they are, but the chorus is the real hero of this track, with its double-sided nature, its ascending tail-end notes contributing to a satisfying, confident resolve.

Mayday is deceptive for its adoption of retro elements, its cruisey, jazz-inflected nuances, a cross-pollination of Toto circa Rosanna and Lou Rawls. It’s quite camouflaged; ostensibly an adeptly crafted pop song that has a rewarding dynamic at its heart with a lyric that focuses on a subject most will relate to, with a clean, almost pure production (by Simon Cohen of Justin Bieber, Will.I.Am, Troye Sivan, Urthboy, Guy Sebastian, Vera Blue, Thelma Plum no less).

And by the arrival of the second chorus, the song’s appeal becomes more redoubtable.