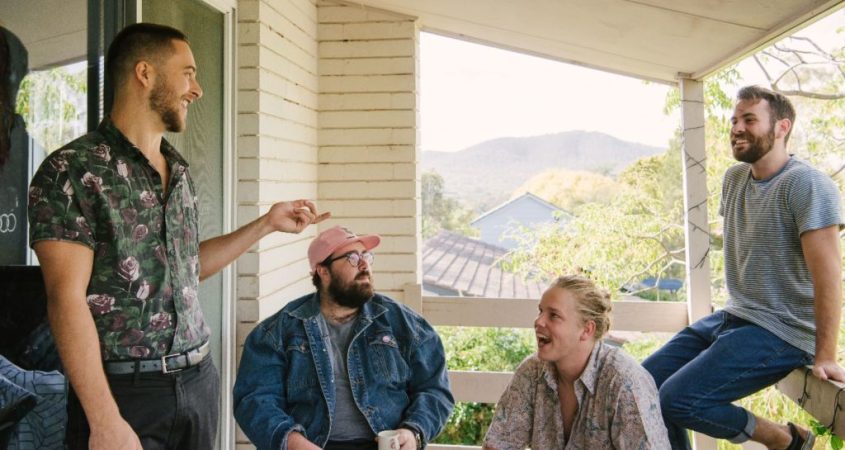 Australian indie folk-rock band The Tipsy Scholars formed in 2014 and have since established a reputation for their live shows, most particularly in their twin hometowns of Sydney and Canberra.

The band has performed at some of Australia’s biggest festivals including Lost Paradise and Inland Sea of Sound and have shared the stage with several high-profile acts including Thirsty Merc, Polish Club, Alice Ivy, and Andrew Farris.

Since releasing their debut EP Nowhere to Be in 2018, the band has gone on to tour up and the down the east coast of Australia as well as internationally with stints in the United Kingdom and Ireland.

Now, with their EP garnering over 100,000 streams and the release of their track Aftersesh, the band has just entered the next phase of their career.

Utilising a laid-back feel replete with restrained guitars and drum brushwork, The Tipsy Scholars have persuasively conjured a sparse, temperate atmosphere that reflects a denouement, with the melodic passages only adding to this sense of observed release.

Yes, this feels like the end of something, though the repeated line of, ‘I feel alive’ offers considerably more than just the debris of time but a marshalling of the components of revelation. The track has a lulling, soothing quality, and once again, this is another pleasing sonic recapitulation of the subject of the song, and never wavers from this except when the chorus appears, which is replete with a suitably more excited dynamic from the vocal and a recalibrated spark from the instrumentation.

Aftersesh certainly has all the decompression and dilettante nuances of a post-event landscape, and curiously this is not quite maudlin but rather obliquely optimistic; oblique, perhaps, but optimistic nonetheless.

One can imagine this track being boom boxed at five in the morning, echoing through the shellshocked room with the strains of ‘I feel alive’ reaffirming the hammerings of the ensuing hangovers.