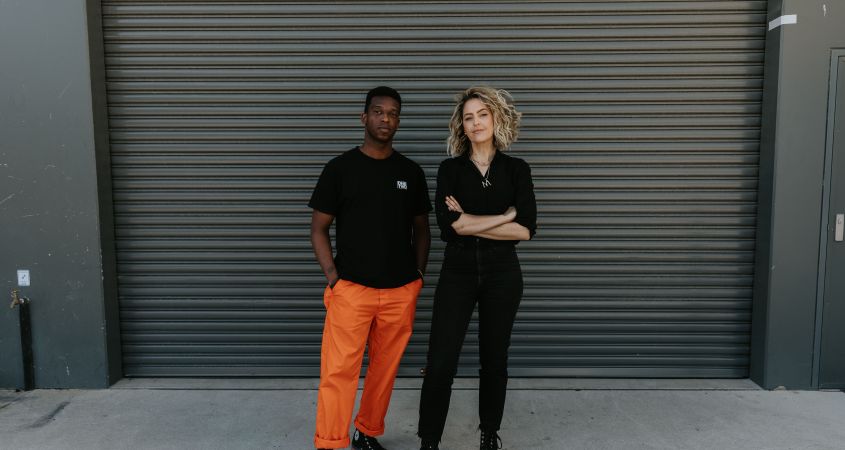 “It was around a time when my focus was definitely more on mixing and production. I’d barely written and found it hard to lay something I liked down,” Citizen Kay recalled.

“Eventually though, due to a time crunch, I was able to get out of my own way and simply allow the words and performance to come out.”

He’s not wrong, Kay’s verse on Canberra singer-songwriter Marét’s latest track, Greedy, packs a punch and adds delicious weight behind this pop tune. Greedy is a track for our times, speaking to our insatiable hunger for more of everything.

“When writing Greedy, there was this section that I knew needed to be filled with spoken word,” Marét said of approaching Citizen Kay.

“We didn’t discuss what he would say, and that’s the magic in the track. He understood my message and brought it home.”

Marét is a musical force of feminism and empowerment, wrapped up in a catchy beat with bold and defined vocals. Her latest release, EP02, drops today [Friday 30 October] with parallels drawn between this Canberran musician and Sia. It is a home-grown creation, written in collaboration with Ben Garden and produced by Ben and Peter Holz.

“She pushes herself immensely and won’t settle for ‘good enough’ when it comes to articulating her performance or the emotion behind her performance,” Citizen Kay said of Marét.

The pair met one typically freezing winter’s eve when judging a band competition at ANU and instantly vibed with each other.

“I remember the first couple times we met, and still to this day, we talked for ages and got along incredibly well,” Kay said.

Marét was in complete agreement: “I was instantly drawn to his enthusiasm and joy and contacted him afterwards to see if he’d be interested in working together.”

From there, the creativity just flowed – each describing the other’s knack for sound, creativity, openness and sense of musical adventure.

“Kay is such a wordsmith. A poet and a philosopher in what he talks about, and a deep emoter in his delivery and conviction. A true artist,” Marét said.

“Together, I hope we wake the world with our anthem of honesty,” Marét concluded.

Greedy and Marét’s latest EP are available on all streaming services.