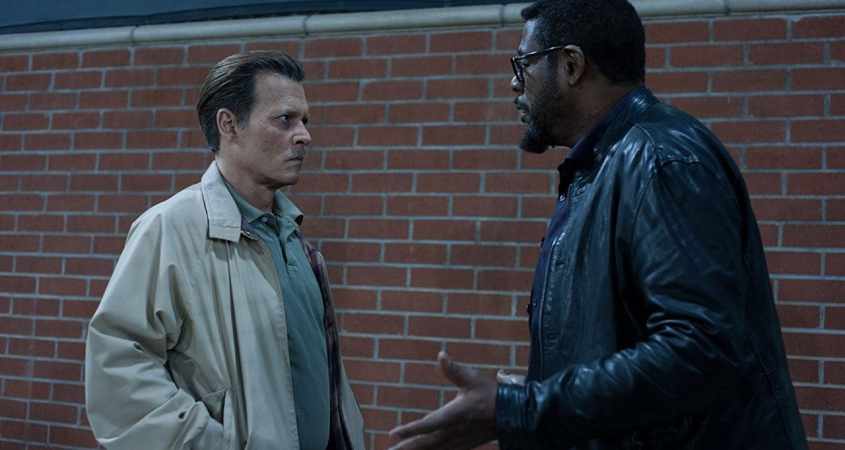 In City of Lies, Johnny Depp plays the real-life Russell Poole, an LAPD detective who quit the force in 1998 two weeks before his pension was due, having being obstructed at every turn in his investigation of the murder of a famous rap artist. Despite retirement, Poole has for the next 17 years single-mindedly continued his investigation, maintaining his hypothesis linking the murder with an earlier murder of a competing rap star.

Sparks fly when investigative reporter Jack Jackson (Forest Whitaker), assigned to write a retrospective on the murders, tracks down ex-detective Poole to put his own hypothesis to him; the two rub each other up the wrong way. Eventually, though, they coordinate their efforts and uncover just how widespread the corruption is that frustrated Poole’s original investigation and sparked his early retirement.

A dramatic reconstruction of a true story, City of Lies uses the format of a murder-mystery thriller to show well the confusing nature of an investigation obstructed at every turn by lies, dismissiveness, and a culture of entrenched corruption that takes no issue with the conflicts of interest in off-duty police officers’ moonlighting as “security” to criminals. Whitaker, in the role of the slightly awkward but courageous and extroverted journalist out for the truth, makes a good contrast to Depp’s highly reserved, contained character of a detective who has relentlessly chipped away at the stone wall erected to keep him out. Though a few of Depp’s lines were mumbled enough to obscure their content, both his performance and Whitaker’s were little short of brilliant.

City of Lies uses a well-plotted structure to provide real-life insight into the self-perpetuating machine of police corruption, and the closing credits, showing the rewards and punishments meted out to the officers proven to have, as they say, perverted the course of justice, drive that point home nicely.