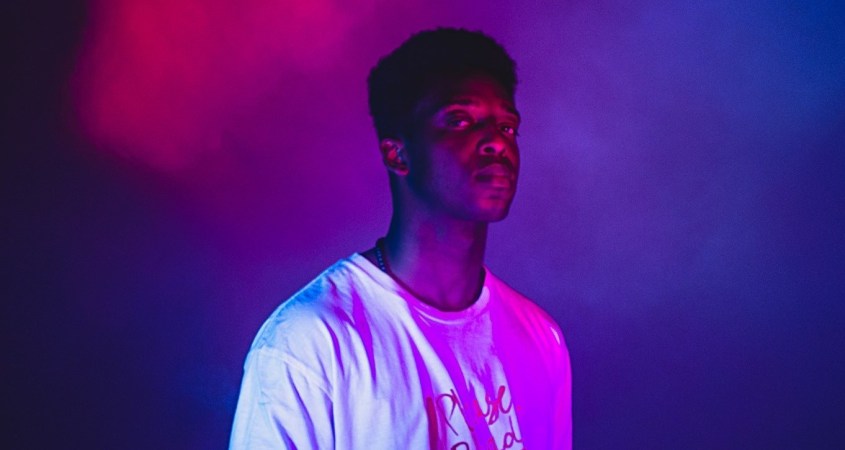 Australian rapper and ARIA-nominated Citizen Kay has had a successful run since the release of his first track Yes! back in 2013.

Having attracted tremendous support from many key players such as Spotify, Tone Deaf and The Music, as well as touring extensively with some of the greatest exponents of the rap genre, including Public Enemy, Run The Jewels, Ice Cube, Danny Brown and Wiz Khalifa, Citizen Kay has followed up the gains achieved from his last release Funny Business Feat. Genesis Owusu with this new track, Don’t Blink.

It kicks off with an alluring combination of bass guitar and siren. Yes, you heard it, a wailing-just-on-the-horizon siren, and I imagine nothing else instantly instils a sense of drama and pop danger into the unsuspecting listener like this heterogenous combo.

A word about the bass riff, as it features quite heavily here, and heavy it is too; a marauding block-rocking slice of bottom end bite and undulation that underscores the seismic layers of combusting fervour from Citizen’s worked-up swagger.

Don’t Blink has thrills and spills to spare, a mobilising and quasi-menacing few minutes that effectively blend rap, rock, and hip hop without sacrificing any of the tantalising elements of those genres’ finer points. With the title a consolidating refrain billowing forth in the aftermath of the chorus, this compendious, minacious ode has a pleasing amount of mayhem and entertainment value and manages to avoid any sense of monosyllabic tendencies by the sheer amount of good stuff it contains, with the thriving rhythmic bones decorated by Citizen’s terse indoctrinations make it a must.

Whereas Funny Business explored a few well-worn 80s vistas, Don’t Blink ventures forward, almost unadorned but undaunted about its hybridity and claiming an area that embraces what is seemingly perhaps not so embraceable, and for that alone, it’s hit the spot.