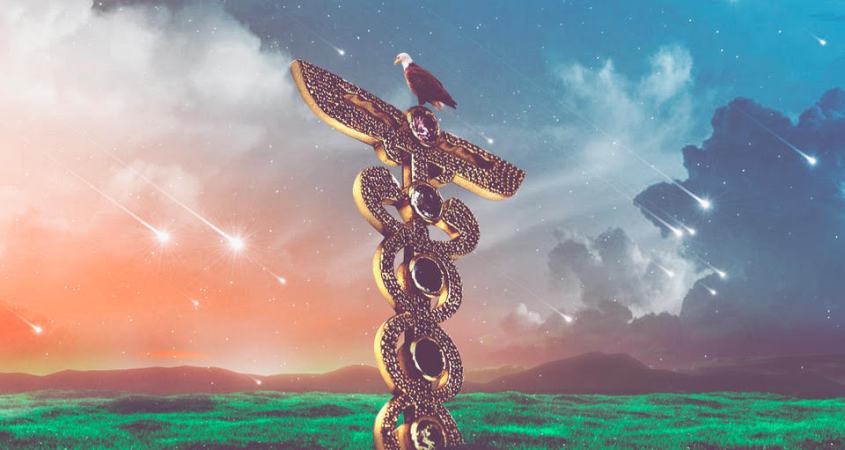 The Byron Bay based music artist has come up with an ambitious sounding record, utilising elements of hip hop, rap and rock to create a song that has an intriguing conceptual base and an unapologetic spiritual edge.

Not that anyone needs to apologise for that, necessarily.

In this case, the lyric is quite unobscured. The sustained motif throughout Kundalini Rising is the representation of the snake, an unlikely and unpredictable star of any contemporary rap lyric, but here it is used to preview an underlying social and moral stance perhaps, suggestive of a mode of transcendence.

With lines such as…

…one gets a glimmer of what is at play here aside from the ancient metaphors. One can only congratulate Iluminative for utilising such evocative tools of imagery, for admirably attempting to circumvent the inevitable, the ultimately predictable visuals that are sometimes substituted for unique musical parlance.

And the aural landscape across which iLUMiNATiVE’s rather stark yet energising statements are spread, supercharging the ambitious aims. The interplay of hip-hop and rock, let loose beneath the governing drive of rap, seems to work, with iLUMiNATiVE’s hyper-active performance well placed amid the corralling of distortion and full, brash beats.

As the music artist has said about the inspirational elements behind his writing:

“Living life, going through a bunch of experiences and reflecting on them to write about. Being more mindful, conscious and healthy inspires me to write more. Performing is different as it’s more like a sport for me; I get in that zone like I have to win this round.”

And this fighting spirit is certainly on show on Kundalini Rising.