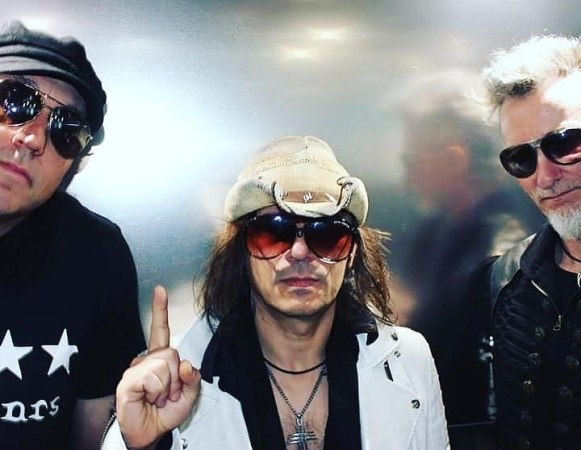 Australian music artist Altiyan Childs has quite a curious background. After being crowned the winner of the second season of The X Factor Australia in 2010, and subsequently signing with Sony Music Australia, he enjoyed a brief period of success including the release of a platinum album.

But thrust into the glare of the spotlight so instantaneously is dualistic; yes the sudden celebrity status can have its benefits but it can also cast an unseemly glow once those Warholian moments have passed.

And indeed they do seem to pass for all.

It appears that now Altiyan Childs as emerged from this jagged and irregular landscape relatively intact, with a new band Circusdust and a new track Dream. The band, which also features Mars Marcos on drums and Dave Beaton, is a musically competent trio, utilising the three-piece configuration to harness space and skilled musicianship to create an accessible guitar-driven mainstream rock sound with global appeal.

A major part of this appeal is Altiyan’s voice, with its cresting cadences and seemingly boundless scope, a high-end nuance giving the voice an ethereal spike.

The song is a mixture of melodically satisfying passages, a lyric that employs the personal while aiming at the universal, and an urgency that takes its cues from the distorted velocities of the guitars and Altiyan’s feverish performance.

When considering Altiyan’s take on the message behind Dream his ardent vocal delivery is understandable:

“Don’t give up. It doesn’t matter if you “make it” or not, as long as you gave it a shot. The experience itself will gather treasured memories which will in turn become a form of success. Don’t let forever pass you by.”

Sure, these are a series of well-worn truisms, but no doubt they are ones which carry weight. And judging by the sound of Circusdust’s Dream, Altiyan is undeniably committed to them.