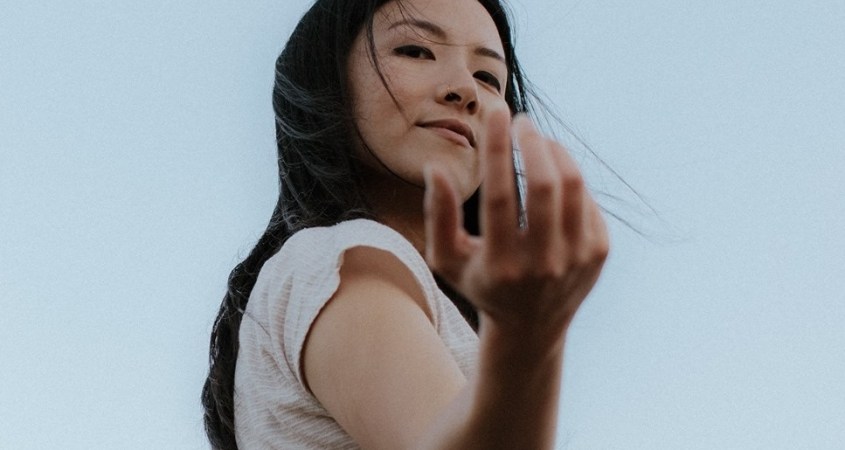 In 2019 Canberra based indie folk artist Kim Yang toured her debut EP Ocean of Mind after a sold-out EP launch. She also shared the stage with ARIA and APRA-awarded alt-country artist Tori Forsyth and many others. Kim performed at the National Folk Festival 2019, Enlighten Festival 2020 and Canberra Theatre Centre’s online CTC@Home series during COVID and organised the International Women’s Day Concert 2020, gathering female musicians of Canberra and the general public to celebrate the day.

Now, Kim has just released a new track Dominoes, a subdued folk meditation with some restrained pop edges that will soothe your aching soul the minute Kim’s luxuriously hypnotic cadences enter your ear.

Anchored by an acoustic guitar riff slash chord progression that doubles as a thematic marker, Dominoes is the sort of song that transports you geographically and emotionally. And believe me, one doesn’t expect to get transported—musically that is—every time a new track attempts to state its case. This one does, emphatically in the most unemphatic way; with a restrained push into the deepest river of your yearnings. This track contains all the elements for artistic durability; an idiosyncratic voice whose obvious vulnerability is strengthened by a searing high-register that pierces with every passing note.

In fact there are many attributes about this track that are restrained; the performance, the melodic tangents, the production. Sure, there is a pulse of underlying melancholia with Dominoes, but there’s something about that recurring acoustic guitar line, together with Kim’s voice, that seems to offer more than just a muted glimmer of hope too.

These are perhaps the track’s most potent elements; the dualistic tenet that calms as it triggers a memory or leads you to that cliff; the thought of swaying in the otherworldly current atop that falling off point is most often more intense than the fall.