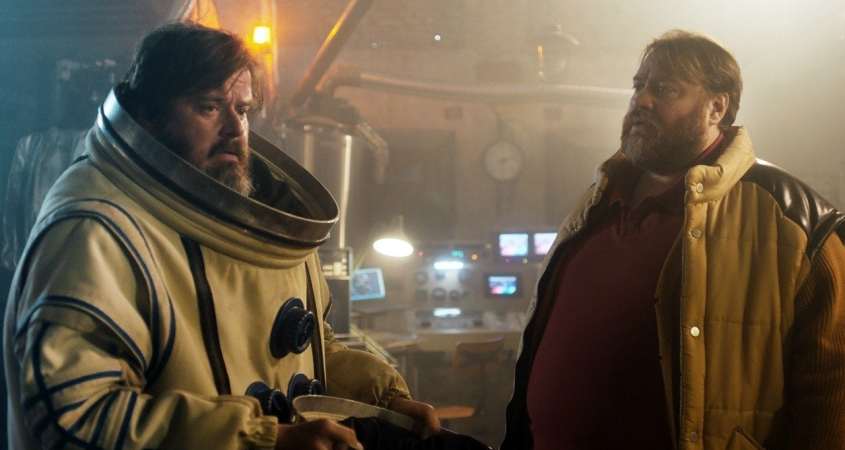 Mario (Stefano Fresi), who runs a local hardware store in Rome with help from his mother, receives a call to rescue his half-brother Dario (Giuseppe Battiston) from a prison sentence. Aware that if he doesn’t come to his brother’s aid then no-one will, Mario heads north to the Venetian countryside, where Dario lives.

But Dario — irascible, unappreciative, and distrustful — is nearly beyond help.  Mario, out of his depth in the face of his brother’s behaviour, relies on Dario’s solicitor for guidance and agrees that Dario would be best cared for in a facility. But an available place is a few days away, and Dario will need someone to take responsibility for him until then; so Mario, unable to simply walk away, steps into the breach.

Having done so, Mario learns what lies behind Dario’s reputation as a madman: a passionate ambition breathtaking in its audacity, and arising from Dario’s mistaken belief in his father. Mario, who knows the truth about their father, does not want to destroy his brother’s illusions, but Dario eventually forces his hand.

The heart of the story has the brothers finding their way to brotherhood and mutual love and trust, eventually leading to simultaneous crises that they will face together and to a climax that will have your heart in your throat. Fresi and Battiston are perfectly cast (and surprisingly well matched) for their roles and play them with rare finesse. The result, beautifully and memorably filmed and rendered, represents a cinematic triumph.