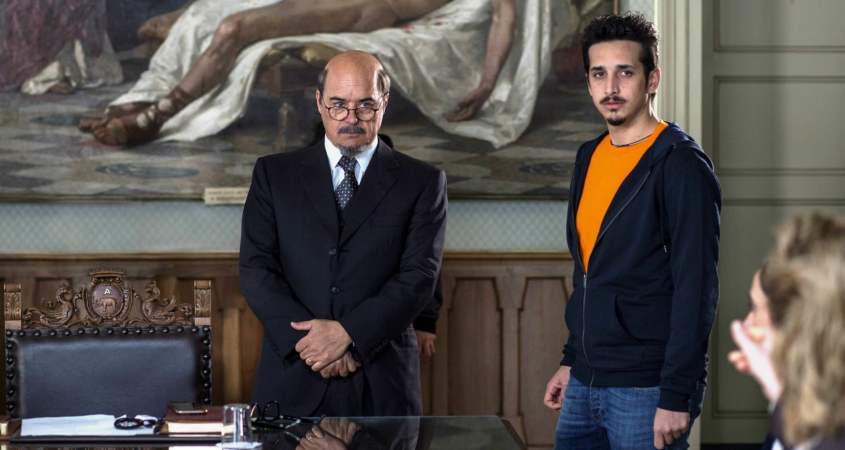 All his life, Roberto (Roberto Lipari) has gone along with how things work, because it has been easiest. Coddled by his mother (Silvana Fallisi) and with his university success assured by the university’s rector — his father, Professor Lipari (Luca Zingaretti) — he is amongst many students at the university sailing through their courses without study, obtaining perfect scores through nepotism and other forms of corruption: in his case, with his oral exam questions being those his father has requested in advance.

But one day, Roberto has had enough of this arrangement and, feeling the need to extend himself, refuses to answer the prearranged questions. Falling out with his father over it, Roberto leaves home to pursue his studies on his own terms. Discovery of a love interest, Irina (Viktoriya Pisotska), motivates him even to oppose the corruption altogether, and he invents a phone application that students can use to turn the tables by rating their lecturers, upsetting the system and drawing the attention of the Education Minister (Monica Guerritore) to the university’s parlous governance.

Despite this success, Roberto struggles to gain the trust of his new allies, including Irina. And then the corrupt staff finds a way to fight back.

Though it’s laced with very real academic concerns — favouritism, corruption, and plagiarism perhaps topping the list — LetsCleanApp is very much a comedy. The plot’s elements of subterfuge are handled well, and the entire performance balances emotional restraint nicely against those dramatic elements sure to pull us in. The character of Roberto himself becomes increasingly likeable, and even the corrupt academics have their charm.

All in all, LetsCleanApp offers uncompromising fun with the side benefit of making a few points along the way.