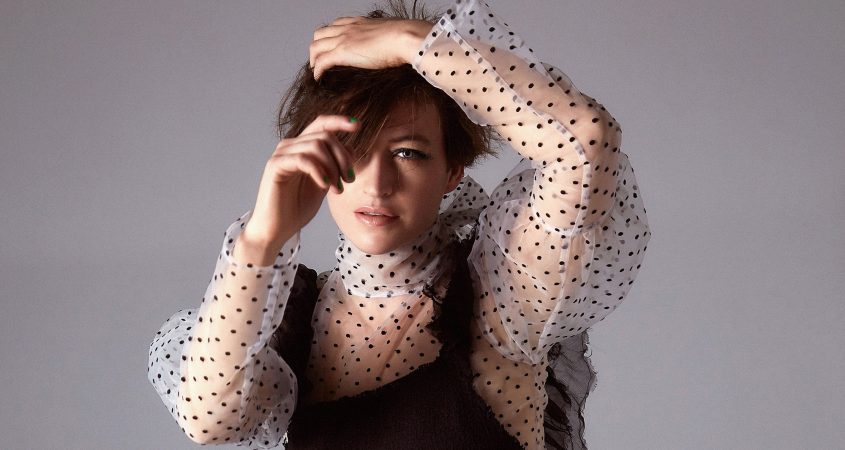 Six years after the release of There There, Megan Washington is back with a third long player Batflowers. She put 300% of her efforts into this release, recreating the album three times before she was happy with the results.

Batflowers has a playful vibe at times, perhaps reflecting her newfound interest in children’s TV, which included voicing a cartoon character and an appearance on Playschool. She also dabbled in a children’s animation app which she employed in the artwork and clips for her own album.

The title track sets the scene with dreamy, wistful vocals in this offbeat romantic pop song. The vibe and melody are light and summery, with catchy tippy-tappy electronic percussion in the chorus.

Not a Machine, about being kind to each other, starts with an appropriate machine-like pulse before introducing soft-textured, lovingly drawn out vocals, and front shimmering keys. The pulsing beat changes to syncopated heartbeats, as she builds layer upon layer of melody into a wall of sound.

Album highlight Dark Parts sounds like the Washington we know well. Perhaps drawing on her children’s TV experience again, she selects words expected from the vocabulary of a small child, like ‘icky’ and ‘yucky’. The song, which seeks a total warts-n-all reveal from her partner, bookends with ambient sounds like key strokes and footsteps.

Paradise Lost advances reluctantly with a stumbling, syncopated beat and fuzzy vocals, before Washington springs through into the clarity of the chorus with its bright, pin prick keys.

Switches presents a feast of intersecting electronica, while Catherine Wheel is another LP winner, showcasing her vocals at their incredible best.

Silencio delivers the album’s most hypnotic tune, with punchy keys boosting breathy vocals. And Lazarus Drug advances at a sombre march that sees angelic vocals soaring heavenward, with playful songwriting: ‘I am a mermaid, eating at a sushi train’.

In Batflowers, Washington relaunches herself in this electro driven and highly arty release which contains moments of great beauty.