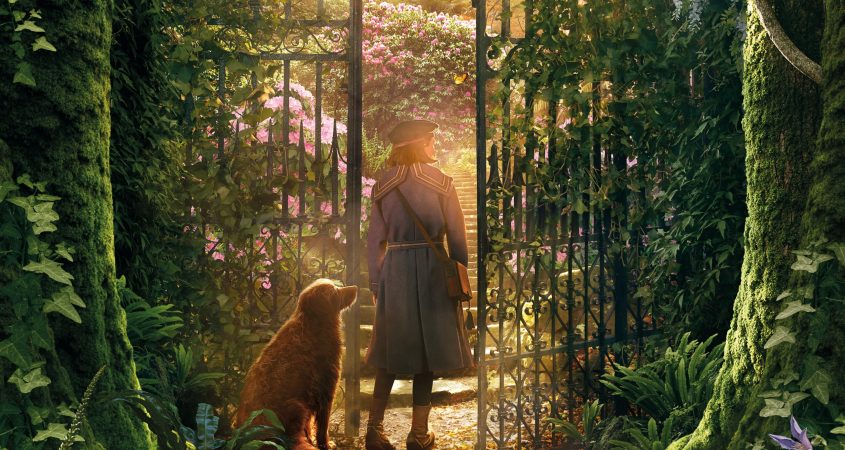 This 2020 film adaptation (the fourth) of Frances Hodgson Burnett’s novel — first published in 1911 and beloved by generations of children — sets the action in 1947 when, immediately before India’s Partition, the parents of lone child Mary Lennox (Dixie Egerickx) both die of cholera, leaving her orphaned in India.

Mary is burdened by the belief that her mother — whose own grief had led her to distance herself from her family — didn’t love her, but naturally grieves the loss of both parents and initially has little comfort in her loneliness.

Mary is sent to England, to her uncle Lord Archibald Craven (Colin Firth — whose role in the film, some may feel, could have been larger). Lord Craven’s housekeeper, Mrs Medlock (Julie Walters) immediately lays down the law as to where Mary may and where she mayn’t wander in the house. And Mary naturally risks great displeasure in breaking it.

On Lord Craven’s estate, Mary finds her pampered ways honed gently by the good-natured Martha (Isis Davis); sets out and finds the source of the weeping she hears at night; and succeeds in befriending a dog (Fozzie), whom she names Jemima; and Martha’s brother, Dickon (Amir Wilson).

Eventually, of course, she and her friends encounter the eponymous garden, which wreaks small miracles in their lives. Mary’s adventures nonetheless alarm Lord Craven, and Mary is about to be sent away to boarding school when disaster strikes.

This adaptation may disappoint the expectations of those who have read the book in minor ways: Dickon’s gift with animals is not apparent; Lord Craven’s bedridden son, Colin, is a nonentity; and the children have abrogated their most essential role — that of restoring the abandoned garden to its former glory — to the garden, which transforms itself through their mere presence and the magic of CGI. But the transformation is (as you’ll know if you see a trailer) indeed spectacular, and marks the garden as a benign character in itself.

And the ultimate transformation of Mary’s relationship with her uncle, entailing a daring rescue, brings the movie to satisfying climactic action.