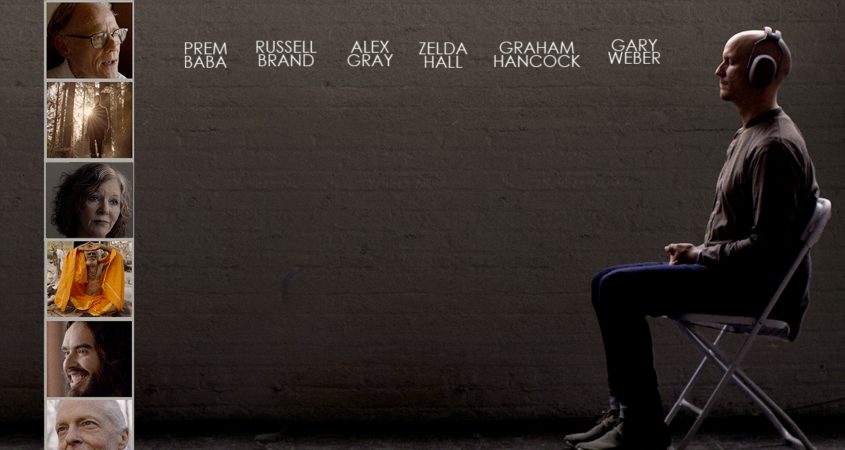 When James Sebastiano was 16, his girlfriend died of an overdose of LSD.  Sebastiano’s response was to intensify his own drug use over the next five years; then, in his early twenties, he chose to clean himself up, and focused on working hard in business. This led to material success, but Sebastiano found that no amount of success was sufficient to relieve his growing inner turmoil and anxiety, so he decided to embark on a global search for answers.

Director Mark Waters has created a documentary following Sebastiano’s journey of exploration, during which he meets teachers and guides of all kinds, from materials scientist and leadership educator Gary Weber and archaeologist Graham Hancock to psychotherapist Zelda Hall and spiritual teacher Rupert Spira. Sebastiano’s quest sees him engaging in everything from psychotherapy to ayahuasca ceremonies as potential paths to calming the mind and emotions, and freeing him from crippling anxiety and panic attacks.

Strangely, the process of merely hearing what these luminaries and others have to offer and perceiving Sebastiano’s efforts to absorb the import of what he is hearing and seeing offers the viewer something of the same experience.  The film highlights various approaches to managing what has become a major source of global mental health suffering — anxiety disorders — but the various approaches converge in interesting ways, so that Sebastiano finds himself continually directed to explore his perceptions of what and who he is.

Chasing the Present is one of those documentaries that manage, without in the least threatening the beliefs of anybody with a modicum of detachment from them, to open a door to a larger world of possibilities. And the gratis view it affords of the nature of human existence is a gift that at the right moment may prove invaluable.