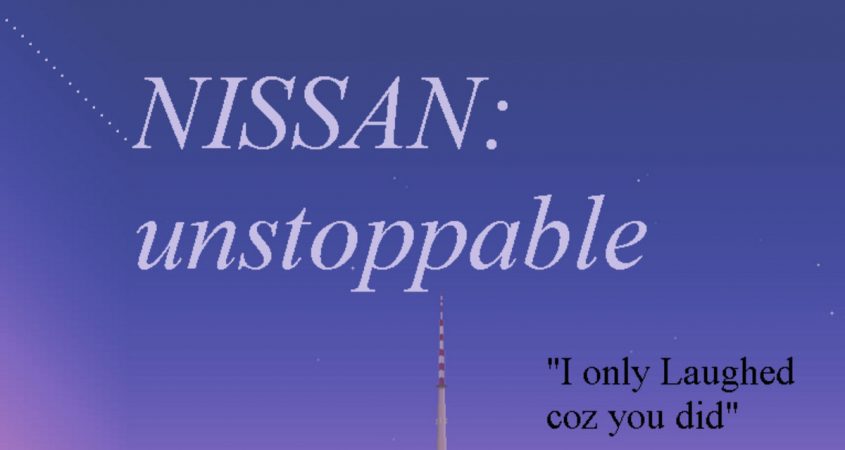 NISSAN: Unstoppable is the new artistic front for Morgan Quinn, former member of Canberra band Pleased To Jive You. The new EP Welcome to the Glove Department follows an album I Only Laughed Coz You Did which was released in January 2020.

I Only Laughed Coz You Did was an assortment of 14 brief musical explorations that subverted R&B and smooth jazz tropes, sprayed them over with a little ’80s and ’90s synth gloss and relied on their brevity and distilled essences to leave a mark.

The new EP is no doubt a transitional one for the artist, maintaining many of the aesthetics of that album but rerouting its fundamental focus by the inclusion of vocals and, in some instances, counterpointing the mix of electronic and aforementioned styles with identifiable, strangely enticing melodic lines.

The opener One Step Equal begins unsuspectingly enough but soon becomes a lo-fi indie power-pop burst, with a restrained vocal that evolves into chunks of submerged group vocals, transforming what alluded to a typical arrangement into a fleeting guitar and vocal play-off.

This seamlessly leads into Thanks for Meeting Me, with its myriad guitar textures, sparse funk bass lines and melody that relies on the scaffolding of a lower vocal register brittleness to create a mischievous blend of anticipation and expectancy.

This soon comes to an abrupt end, mutating into the last track Stay (Hope Edition). Here a disjointed rhythmic feel attempts to cradle a swarming pastiche, a miscellany of vocal lines, dipping from sound bite to lush low vocals and distorted textures to an incongruous array of intersecting aural vagaries that, when singled out, perhaps seem less effective than when consumed as a whole, allowing the cut-up technique nature to provide a cohesion the listener can merely immerse themselves in.

The second half of this track contains the highpoint, where a low vocal and various textural swells become ominous ambient music for a deserted shopping mall until a long sustained low-end synth reveals our true coordinates; a sci-fi soundtrack with its lead synth lines taking us to a distinctively alluring nowhere land.

You can check out holoJamz bandcamp (holojamz.bandcamp.com) for this release. The previous mixtape is available from Wave Racers Collective (waveracerscollective.bandcamp.com) and all major streaming platforms.