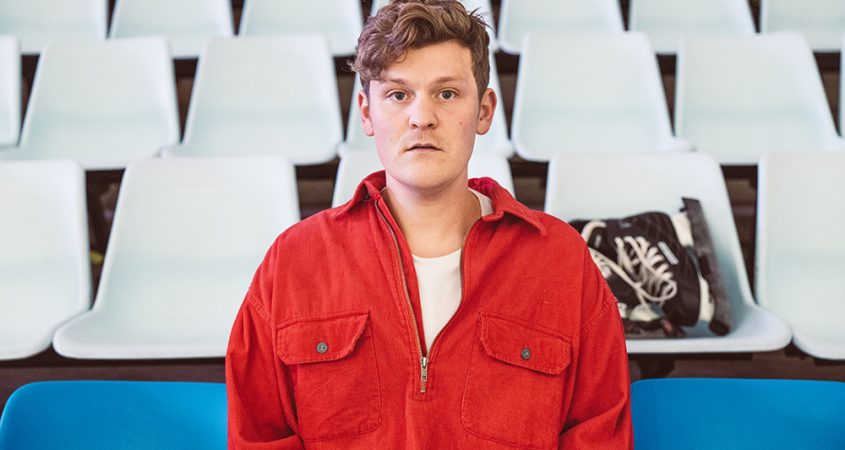 And that romanticism unfurls here in manner of wonderful ways: a delightfully relatable lyric, a series of melodic inventions that are as memorable as they are light and fun, and Harrie’s effortlessly engaging vocal performance, one imbued with entertaining doses of self-referential jest and transparent intention.

The lyric is peppered with references to the minutiae of life, to watching TV (‘Monday night on the ABC’) and getting ‘Vegan pizza down at Gigis’, allusions of which I must say I couldn’t help but be distinctly seduced by. It is this pure pulled-in focus that makes up part of the overall allure of this new track.

That said, the song also has a decent melodic punch to it, with its supporting chord progressions instilling a fervent early classic rock and roll feel to the aesthetic. The repetitive elements of the chorus, particularly with its resolve of ‘It’s alright, it’s cool’, emboldens the chorus and solidifies its enticing appeal. It is the earworm aspect, one that is more than just a summing up but an attractive, alluring nuance that will seep beneath the skin of one’s memory.

This is clever indie-pop that reveals Harrie’s development as a songwriter and performer; it is convincingly self-assured, as though he has created a stylistic niche that suits perfectly, and through which his creative strengths are best served.

With this new release, Harrie manages to maintain an outlier’s idiosyncratic edge while subsuming some of those traits into a more expansive offering, one that might extend beyond the realms of the lo-fi world and perhaps into far more populous terrain.

And with lines like, ‘I still get insecure / I’m still not sure what we are called’, this reach will perhaps be significant and artistically rewarding for both artist and audience.