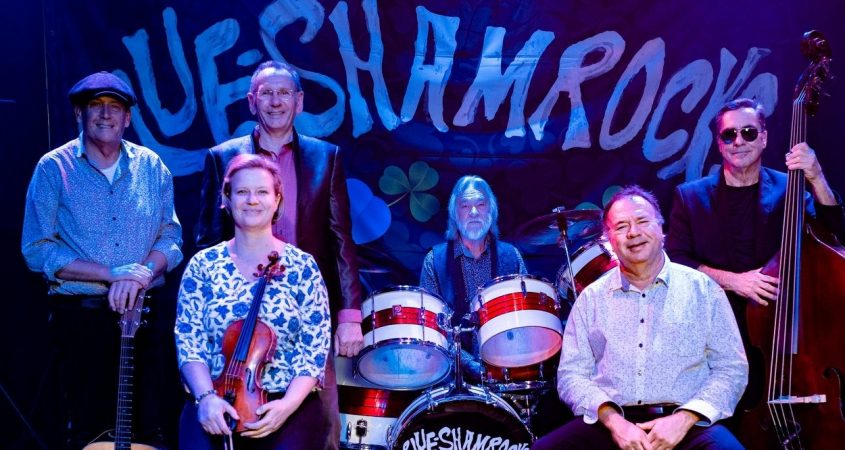 Brisbane-based six-piece band The Blue Shamrocks have just released Through The Years, a traditional-sounding track that combines elements of jive, waltz and country. The new song is taken from their forthcoming album NTSH – Nothin’ To See Here which is due out soon and follows on from their 2017 album TTT – Tap Those Toes.

Through the Years is essentially an autobiographical song that explores themes of family and the unwavering bonds of blood. As the band has said about the subject matter of the song:

“The lyrics were written with the thought of people who live in Australia and those who migrate to Australia, who move around this vast country to achieve a “better” life, where making family reunions at times is difficult, for the good or bad times in life.”

Despite the song’s quite sombre preoccupations, the track is surprisingly buoyant and almost joyous. Lead vocalist Sam McCaughey sounds as if he means every word, and that infuses the track with a wistful, spirited edge.

The earnest flavour doesn’t get in the way of telling a complex tale with a simplicity that’s as endearing as it is tangible. A basic formula ensues, with apt instrumentation and no real surprises, but it’s the kind of song where perhaps surprises are unwarranted. One imagines hearing the tune in a smoky pub of old, or amid a roomful of merrymakers celebrating the joys and pains of memory with apologetic sentimentality and honest abandon.

Featuring adequately ageless musical performances all round including tasteful guitar work, evocative violin passages and a strident rhythmic groove, Through The Years leaves you with a good feeling, one that reflects the openness of this acute life meditation. Produced by Brisbane producer James North Through The Years, with its unmistakeable universal appeal, is a sort of a wholesome shot of yesteryear that feels quite charming and robust when set against today’s doomsday climate.

One thought on “Sombre preoccupations that are surprisingly buoyant and joyous; that’s The Blue Shamrocks’ ‘Through The Years’”