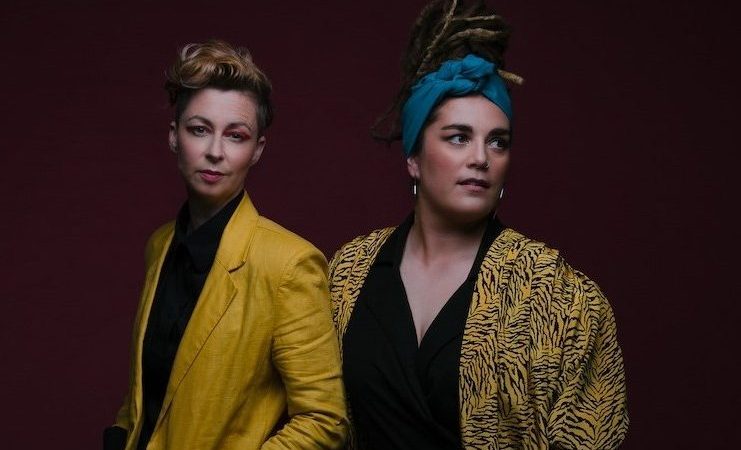 This Way North is the Melbourne based indie pop-rock duo Leisha Jungalwalla and Cat Leahy. They first made a splash with the simply titled EP Vol 1 in 2016, with Vol 2 following two years later.

The duo may not have the most imaginative record titles, but they do have a sound that sets them apart, as exemplified by their atmospheric single Night Terrors which combined echoing vocals with fuzzy guitar.

This Way North may only run with a guitar and drums, but that does not stop them having the presence of a bigger band. Their latest single Driving Roads comes as a taster for the forthcoming EP entitled, wait for it… Vol 3.

Driving Roads opens with twanging guitars reminiscent of the surf rock era but with a blurred edge, accompanied by syncopated, lo fi drumming. Then it breaks down with some fancy guitar work and goes through mood changes, taking on a soulful aspect.

Some hand drumming is injected into the bridge, along with sounds like seagull squawks, with connotations of flying free and the welcoming ocean.

The track celebrates the call of the open highway and the vision of freedom it offers. It is a blissful yearning that would be in the mind of a lot of Australians praying for the post-virus era, especially those who share the ladies’ home town of Melbourne.

However, for This Way North, this is not just a pipe dream or wishful thinking; rather, it expresses their chosen way of life, having surrendered four walls and a roof for the advantages and pitfalls of living in a van and roaming free.

Complex in its musical makeup, and rich with drawn out guitar and psych-rock sensibilities, it conjures up the desirable dream of escape from the everyday.