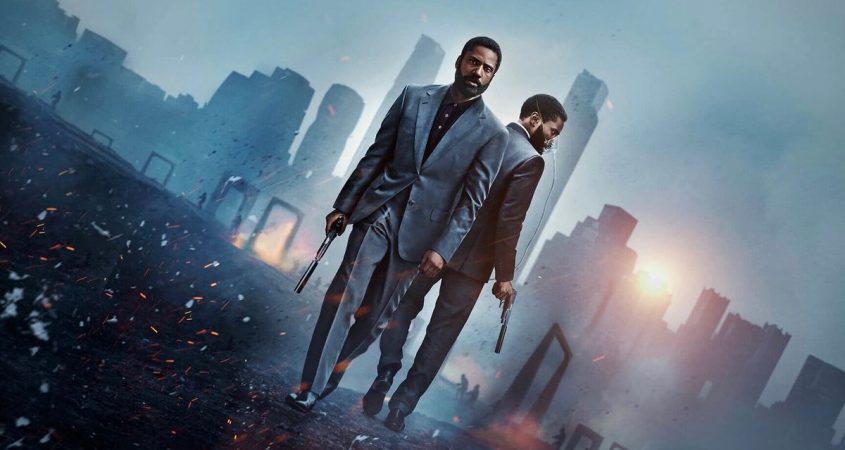 Christopher Nolan’s movies are always shrouded in mystery of what the narrative is about so I, too, shall be vague on his latest awe inspiring blockbuster — Tenet.

Tenet stars John David Washington (Blackkklansman) and Robert Pattinson (Good Time) as hired agents who must intercept an Estonian mogul (played by Kenneth Branagh) who has plans for a nuclear weapon that will turn the world on its head. That’s all I can say without ruining the allure and mystique, sorry.

Once again Nolan builds a beautiful world of luxurious landscapes and spellbinding practical effects mixed with CGI that defy not only the eyes but also the quality of modern day cinema. Though this movie is vague in its characters and lore, Tenet is still a treat for the senses and makes you analyse every piece of dialogue.

Han Zimmer’s orchestral score is missing from Tenet with his signature braahhhhm that changed movie music back in 2010 with Inception, likely because it is reported that he was booked out with the remake of the popular sci-fi saga Dune with Denis Villeneuve (Prisoners and Blade Runner 2049). Instead we are gifted with Ludwig Göransson’s (The Mandolorian) score of his own take on the braaahhhhm genre that does not skip a beat building tension and intrigue throughout the run time.

If you’re a fan of grounded science fiction, spy thrillers and Nolan’s previous works you will be weak at the knees for Tenet. But pay attention, this one’s a slow burning thrill ride.