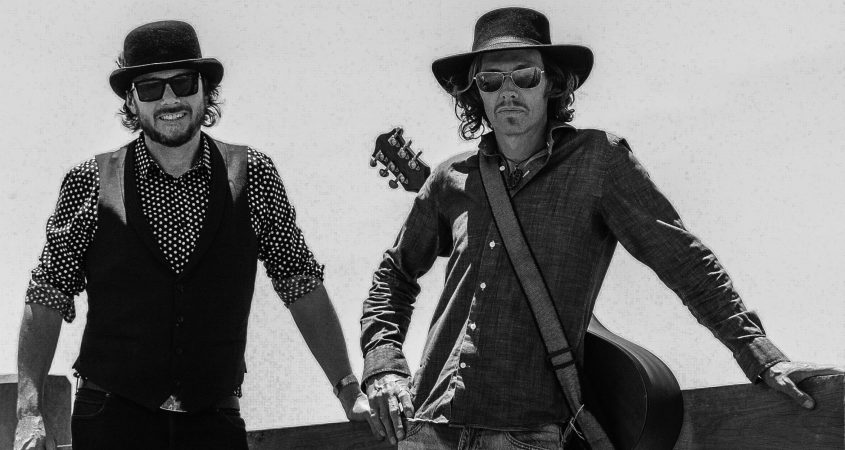 Candy Jackson is renowned Melbourne musicians Warren James and Jamie Osborne, artists who have a long illustrious history in the Australian music industry.

This new act was formed in 2018 but Warren and Jamie’s background goes further back. They met as teenagers, and throughout their careers have joined forces on several occasions. In the ’90s they were part of pop/rock act Unity Hall. Unity Hall released their debut album—This Ain’t Gonna Hurt A Bit—with Melbourne producer Lawrence Maddy at the helm (Tism, Paul Kelly, Rebecca’s Empire).

The singles from that album attracted national radio play and subsequent touring, sharing stages with acts like Jimmy Barnes, The Living End, Alex Lloyd and Jet but to name a few. Their shared love of their early influences was the driving force for the formation of the band.

Before moving to Melbourne, Warren grew up in the small rural town of Cootamundra. Country music was Warren’s backdrop to those years growing up with artists like Patsy Cline, Kris Kristofferson, Willy Nelson and Kenny Rogers. Since then Warren has always kept a connection to the bush and to country and folk music.

As a result of that, and with his and Jamie’s commitment to the craft of songwriting, Candy Jackson was formed.

Bells On is a hybrid track, though with obvious country aesthetics a major aspect. But this is all given a fresh sheen via an inventive and cleverly amusing lyric, some expressive musicianship and a vocal performance which balances subtle grit with striking vulnerability, authenticity and distinct energy.

Teaming up with Melbourne music luminaries Justin Brady (harmonica, fiddle and mandolin), Jeff Glass and Mark Belcastro (drums), the new track is a tantalising example of what’s to come from Candy Jackson; a poignant and reverent mix of traditional and progressive musical styles that chime and resonate with alluring promise.