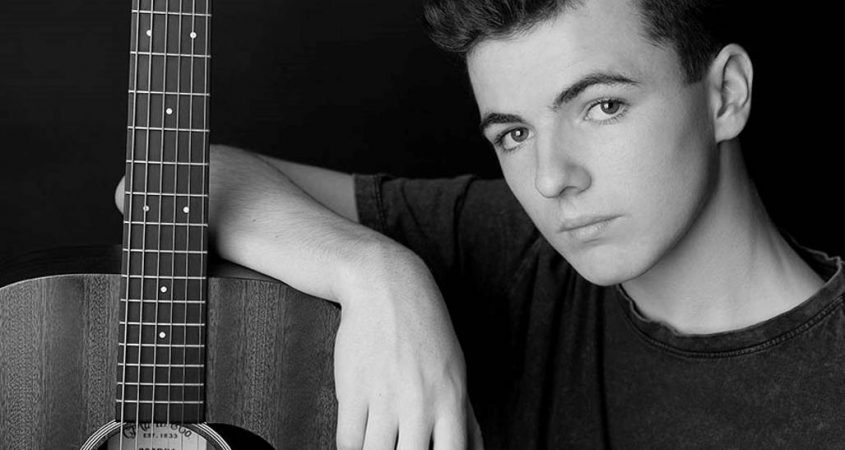 Australian singer-songwriter and multi-instrumentalist Harry Cleverdon has just released his new track Deserve Your Love. The new song is taken from his debut album Octothorpe.

At just 18 Harry’s already achieved a great deal, including winning the International Songwriting Competition for the people’s choice with his song Hit Me While I’m Down, sharing the stage with several high-profile names including Troy Cassar-Daley and Isaiah Firebrace, winning numerous national competitions including ‘Champion’ of the National Busking Championships, and releasing an EP in 2019 called From My Side Of The Stage.

Harry began performing when he was a six-year-old, so it’s no wonder he’s already reached an accomplished level at such a young age. Harry’s style is reminiscent of Ed Sheeran, John Mayer and Jason Mraz, though to be fair, those artists differ in many ways, most notably perhaps with respect to vocal approach and sound.

Harry’s cadences are surprisingly matured and self-assured, a good quality to have when your songs are personal narratives couched in subtle pop melodies.

And Deserve Your Love is just that.

The production is as clean and clear as you need it to be, allowing the full spectrum of Harry’s voice to become the focal point. The song is well-structured with a few surprises here and there, including the song’s resolve which forgoes the chorus for a bridge made up of layered voices and gentle chanting.

The lyric is easily identifiable and therefore easily digestible and no doubt relatable too, to a great many. It is, after all, the era of the troubadour’s confessional (perhaps we can all thank Ed for that) and Deserve Your Love fits seamlessly into this category.

This is a sophisticated contemporary pop semi-ballad that reaches for, and ultimately achieves, a good balance between melodic dynamism and thematic poignancy. With his Spotify numbers already at a quarter of a million, Harry Cleverdon is now primed to bolster his fan base as well as his visibility on the Australian musical landscape.