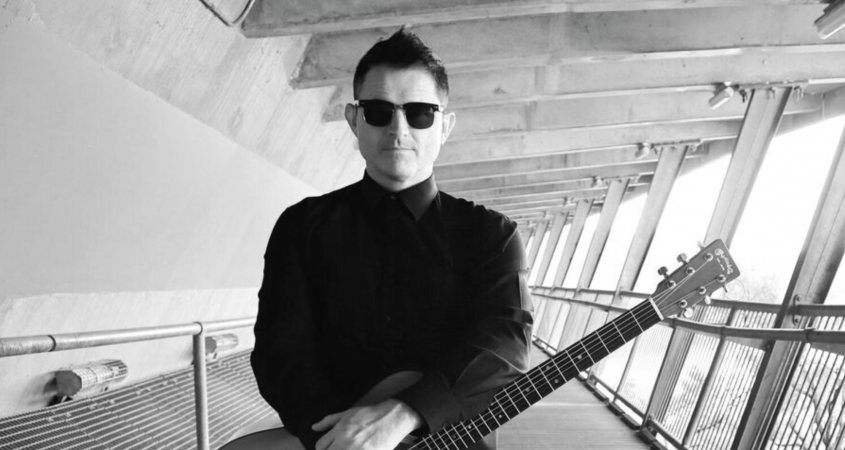 In November 2011, Ciaran Gribbin performed his first show with INXS in Peru before an audience of 7,000 and then two nights later in front of 30,000, he headlined the Personal Festival in Buenos Aires, Argentina.

Ciaran performed over 50 shows as INXS’ frontman. Two of the songs Ciaran co-wrote with Andrew Farris have been released by INXS, Tiny Summer and We Are United, the latter of which was performed in Canberra at the Australia Day celebrations in January 2012 in front of a television audience of one million.

But there’s more to the Northern Irish singer-songwriter, guitarist and producer than his affiliation with the Australian rock icons.

He has also collaborated/co-written with many big international names including Deadmau5 and Paul Oakenfold, with whom he co-wrote Madonna’s track Celebration, for which he received a Grammy nomination.

Ciaran also toured with many artists including Gotye, Powderfinger, The Script and opened for Sir Paul McCartney at the Hard Rock Calling Festival in Hyde Park, London.

And, in fact, Gary Lightbody from Snow Patrol has said: “Ciaran has one of the most extraordinary voices I’ve heard in a long time”. That’s quite a neat line of high praise to have on one’s CV.

And judging by Ciaran’s new single Let’s Change the World it is easy to understand Gavin’s enthusiasm. Ciaran’s voice here is front and centre of what is a melodically strong folk-fused laid back pop-rock track, with its pointedly universal lyric another pronounced feature. The self-assured performance highlighted in Let’s Change the World conveys a measured yet endearing appeal to our better natures and well worth a listen.