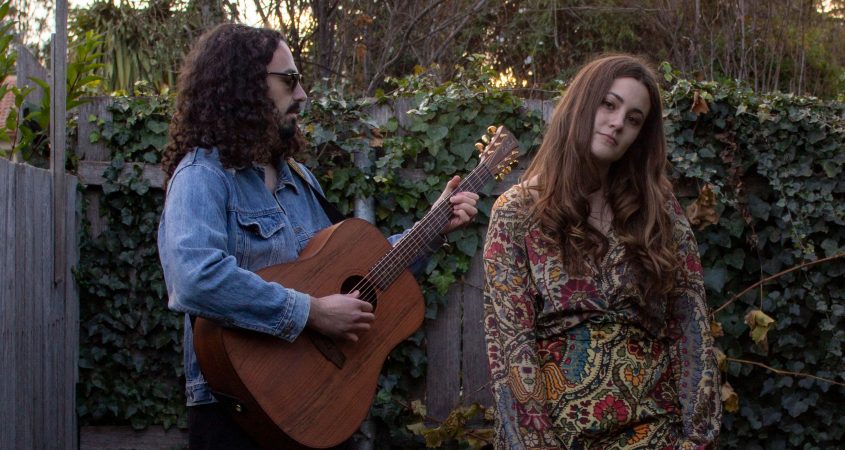 Canberra based duo Skinny Wolf has just released their debut track Fever. Ash Buckley and Josh Veneris have come up with a sound that’s an intriguing blend of folk-blues roots and indie dream pop, featuring a laid back lo-fi groove and a mesmeric wistful air.

The choice of instrumentation here – guitars, electric and acoustic, other assorted key textures – help keep the record in the realm of the familiar, though the arrangement and the unassuming melodic structures steer it in all sorts of different directions.

If a track can be both quiet and bewitching, this is it.

Utilising an assortment of hushed vocal inflexions and the more full-bodied sort, Ash and Josh’s performances create a disquieting sense of intimacy, utilising dynamics to achieve not only an evolved sentiment but an irrevocably soothing mood. It is the sound of the noonday sky, lulling us with its cajoling spirit.

Although no particular part seizes you by the throat, this, I would imagine, is not what is intended anyway. Fever is an apt title, the track shimmers with a vague sense of delirium whose origins lie most noticeably in Ash’s tender disclosures. When Josh’s vocal appears it merely reinforces this sense, creating a seductive counterpoint.

The melodic tendencies of the guitar add another voice to the two, embellishing the track with a subtle layer that seems to lend a thoroughly candid tone to the proceedings.

Fever is a bittersweet evocation, effortlessly arrived at and natural sounding, the lyric seemingly spontaneously delivered, as though the two were indeed trekking under a blazing sun and their communication has echoed around those parched valleys and simmers in the atmosphere as they move through its heated landscape.

Fever is an intangible entity, an aural slice of raw and uninhibited folk allurement and worth a good listen.