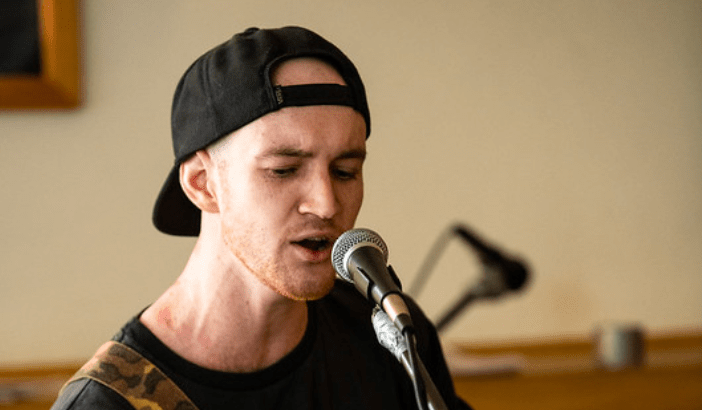 Prettiest Kids out of Canberra has just released their EP Straight Face, a fiery blend of teen angst pub rock punk-pop that seethes with urgency, humour, temerity, and a touch of melancholic fervour that casts a faint glow over this set of songs.

The opener I’m Miserable & I Look Like Shit begins proceedings in an almost terrifying rambunctious way, a post-rap spit that Isaac Foreman dishes out with cyclonic power.

And then the guitars land.

Aside from the many curious and disruptively alluring aspects about this record is the stand-out highly intelligent use of guitar, at times a cross-pollination of jangly REM and at others a mongrelised take on The Angels colliding with any number of later day riff heroes.

But at the helm, no doubt is Isaac Foreman, blisteringly candid and self-aware to the point of nonchalance. Restrictive and recycled arrangements are no use here; the song parts seem to congeal within the micro-world of their existence, forgoing the easy trappings and common targets of many post-punk pyromaniacal musical endeavours.

However, there is colour here too, with the closer Smirk (Catharsis Can Be A Bitch) presenting a very raw slather of attitude, with the admission of ‘I haven’t actually finished this song yet but…’ providing an insight into the seemingly reckless creative outpouring that underscores the majority of this EP.

Featuring some splendid concoctions of sound, rebellion aesthetics, and vaguely prurient abandon, Straight Face explores a miasma of characteristics, adopts them to suit and dishes them out with maniacal cheek. On occasions, we get a glimpse into the quite athletic capabilities of Isaac Foreman’s voice as it reaches perilously hazardous zeniths but manages to come out swinging with attitude (and voice) intact.

There were moments when I thought this is startlingly fresh and intoxicating, and other moments when it came so close to it that it didn’t matter.

Straight Face is worth checking out and Prettiest Girls no doubt an act to keep an eye on.