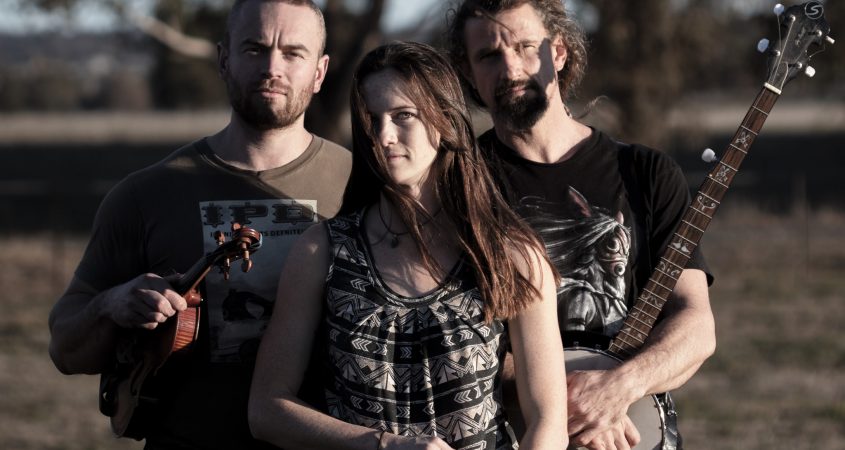 Anchored to a hypnotic 6/8 time signature, Crow’s Nest offers a vast array of textures and tonal treasures. From the ethereal voice blend of siblings Rosie and Sam Harris to Huw’s eloquent fiddle playing, the song reaches for a sublime state and pretty much attains it.

Underscored by dynamic use of acoustic guitar and voice, Crow’s Nest channels an ancient time without forgoing a very present articulation. One is immediately transfixed and transported.

To where? It is certainly somewhere otherworldly, yet there is a somewhat familiar core intimacy at work here too, as attractive as the subtle melodic structures.

The performances are self-assured and effortlessly compelling. Black Cypress is doing its own thing here; yes, it is in the folk vein but it floats around several different tributaries of that genre. The shamanic spirit is alive and well here, turning from steady guitar picking and strumming to the dense dreams of the fiddle which seem to enclose the musical space in a very commanding ambience.

Crow’s Nest works on many levels but it is perhaps the most effective when it is simply surrendered to. Just like the surrounds, the band have professed to wanting to reflect; the remote wilderness areas. They have succeeded in usurping the flowing, primordial spirit and channelled through their significant talents a sensory experience that, it seems, music is meant for.

The band has stated the song is a, ‘tale of a lonely sailor battling through a vicious storm, experiencing the whole thing from up in the crow’s nest’, and no doubt it is. But despite the dark aura of this track, it intones a sense of the cathartic too, as though the organic blend of instrumentation, voice, and melodic movement, at the end, are also a statement of the sailor’s survival.

Crow’s Nest is an entrancing musical treat, one well worth giving in to.