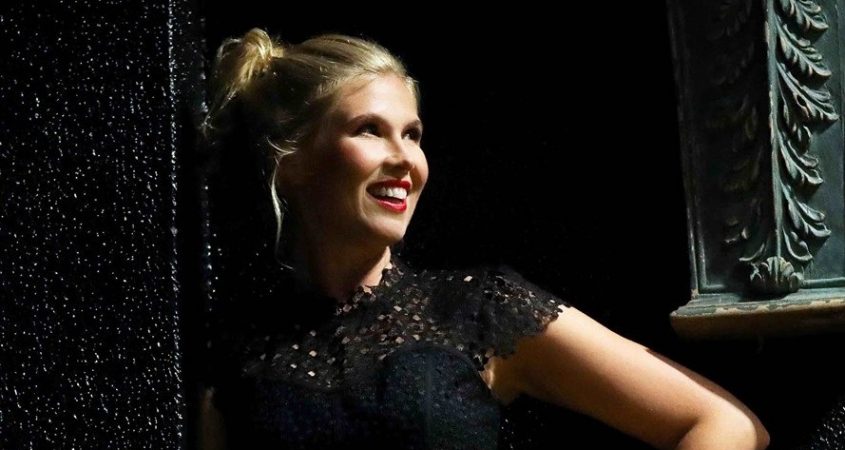 Luckiest Girl is the new release from Sydney based singer-songwriter Lucy Burke. Lucy has been steadily creating a buzz around the local music scene and was the feature artist at the Sydney Football Stadium in 2016 after winning the Bands On Stage competition and the feature artist at the Australian Songwriters Awards in 2017 where she performed her single Leaving on a Lie.

Luckiest Girl follows her previous releases Nighttime and Calm Before the Storm, recorded with engineer Luke Bertoz (Tales in Space, Dappled Cities). After two albums, 2008’s Botany Street (recorded at Abbey Road Studios London) and 2014’s Chasing Sparks (recorded and produced by Sean Carey, former guitarist of Thirsty Merc) and the EP Behaviour (2013), Lucy has returned with a new track that fuses ambient pop, orchestral, and jazz-funk, highlighting not only her vocal versatility but her very capable songwriting skills.

Luckiest Girl begins with a Portishead-like drum that introduces a backdrop of eerily hopeful synth textures and a descending key riff that creates a subtly menacing aura without falling into complete darkness.

The configuration of chords that follow helps to sustain this mood throughout.

Once Lucy’s intimately ethereal vocal delivery is established, the track grows into a melting pot of styles, all the while moving from one decent melody to another. This all comes together to create a kind of whimsically tinged sense of apprehension disguised as acceptance, and this seems fitting considering the subject matter.

Ultimately, it’s Lucy’s voice that gives this duality more potency; her ability to veer from fragile-voiced to utilising a more vigorous energy creating an enticing sense of dynamics, and one that seems to reflect the thematic concerns with alacrity and delicate warmth.