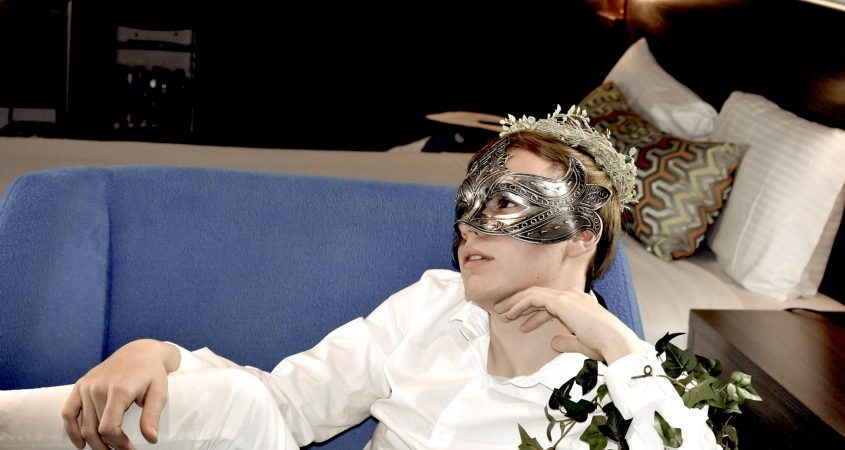 Year With a Stranger is the new track for i Was Eros, the British born Australian music artist who is creating a stir with his provocative style of dark contemporary indie-pop.

His last single Mercedes S straddled the line between minimalistic indie and dark pop to create a surreal and stunning genre-defying track. As i Was Eros said of that release, ‘The song is about the pain of not being enough for someone’.

It seems the narrative of that relationship has continued; only now the themes are far more poignant and explorative. As i Was Eros says of the new track, ‘The song is about breaking up with someone and questioning if you ever knew them, and then realising that while you were with them you lost your own sense of identity and need to go and rediscover yourself’.

That search for identity is carefully and astutely reflected in Year With a Stranger. Is the stranger the other person or themselves? That enticing deliberation swells beneath this captivating record. i Was Eros’ usually sharp-eyed observations are all here, such as in the verse lines, ‘So I’ll just lose myself in the liquor / Let them have their way / Hands run up my shirt and my eyes flicker / I’m not gonna stay’.

The track is brilliantly illuminated by i Was Eros’ thoughtful and nuanced production, utilising half-beats and disjointed rhythms to great effect, as well as providing the perfect accompaniment to this seductive tale by stripping the music back, allowing for the voice and the suggestion of sound to augment the song.

The melodies are also a highlight, subtly adhering to some form of typical arrangement structure while dousing some other parts with enough incandescence to engender it with a mysterious glaze.

Year With a Stranger is well worth checking out, a self-assured slice of adventurous indie-pop that is sure to expose i Was Eros to a large audience and attract a legion of new fans.