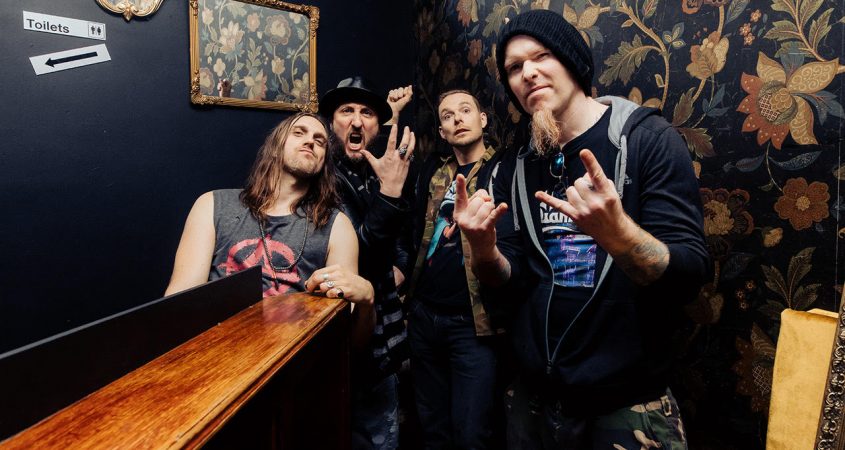 Recently signed to esteemed Australian label Golden Robot (LA Guns, Rose Tattoo, Baby Animals), Shotgun Mistress has just released a new track Glorious Machine, the follow up to Save Me From Myself (No. 1 on the iTunes Australian Rock Charts, Top 40 overall chart).

The hard rock genre is enduring and seemingly immortal, with a never-ending parade of devotees prepared to kneel at the altar of amplified distortion, blazing solos, lyrical oddities, and lustful rhythms. Shotgun Mistress is the latest of such Aussie practitioners, eager to accede to some of the genre’s must-have stylistic requirements but also willing to extend their service to include aspects that are not so typical.

Just as Save Me From Myself explored issues of anxiety and psychological malaise, Glorious Machine pushes a little deeper, foraging into the land of human relationships in a quest to find answers to seemingly impossible questions; all good fodder for explosive hard rock for which the band has devoted itself to.

Glorious Machine is not only an evocative title but its flesh and bones comprise features which will perhaps go a long way in securing a future for these Melbournians.

The track begins typically enough; a brisk, ear-splitting riff that segues into an amped-up tempo and Glenn Patrick’s frenetic vocal delivery. But it arrives at a chorus which seems to bust out of the sonic landscape like a famished animal. It’s a chorus that would fit nicely on any Mötley Crüe record; a condensed ball of rolling energy featuring a chant-like melody one imagines a packed pub singing along to or, as I would imagine the band hopes, a full stadium of Shotgun loyalists, fists raised and feet stomped.

If Glorious Machine is indicative of the rest of their material, their forthcoming album will no doubt be a worthy and interesting addition to the hard rock pantheon of Australia.