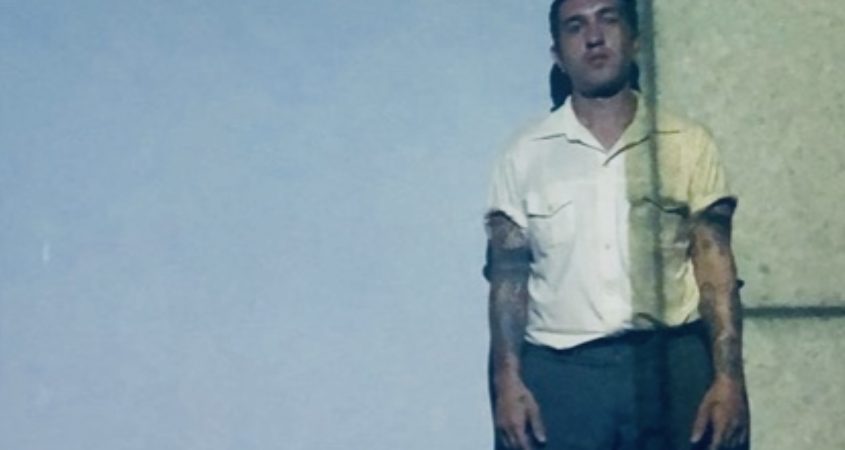 Canberra based musician Joshua Haigh is the artist behind JG Erasure and the new album Lurking In The Outer Shadows Of Society.

Joshua has played in various Sydney bands including Narrow Lands and Home Wrecker and has released several albums as JG Erasure. The new long-player is a collection of tracks that work well together, a set of dark ambient soundscapes that offer everything from claustrophobic foreboding, unsettling paranoia to less ominous invocations such as in the track Trash Talk Show.

What JG Erasure offers is a window into troubled self-reflection, as though assuming the guise of a prisoner waiting out their sentence, or a detainee awaiting a verdict. The album is dowsed in a sort of miasma of looped industrial noise and various other textures that creep in and out of the baleful sound palette.

On the track For My Terrorist, for example, the regular dark wash is intercut by disjointed rhythmic phrases and layers of sonic swarms, offering the listener a pause in the sombre proceedings.

Despite the incessant nature of the mania-like consistency of most of the tracks, the Kafkaesque vista we are privy to, there are some well-placed deviances which, when taken as whole, create an effective series of dynamics that help ease the unrelenting dense cloud of aural neurasthenia.

This is the case with the opener 5.123 Billion Years, whose portentous core is augmented and subsequently enhanced by the cascading stomps of distant war drums, which echo like muted thunder at the conclusion of the track.

Lurking In The Outer Shadows Of Society is a revelatory statement about what is possibly beneath the sub-stratum of our unseen environs, the psychological and the physical kind, but it might also be one that reflects more of a shared state of being than is intended.

JG Erasure’s attempt to reign in and capture an urban malignancy and utilise its despairing symptoms is as unsettling as it is gloomily alluring. And this is a sure sign that his artistry is not as in vain as this work seems to document.