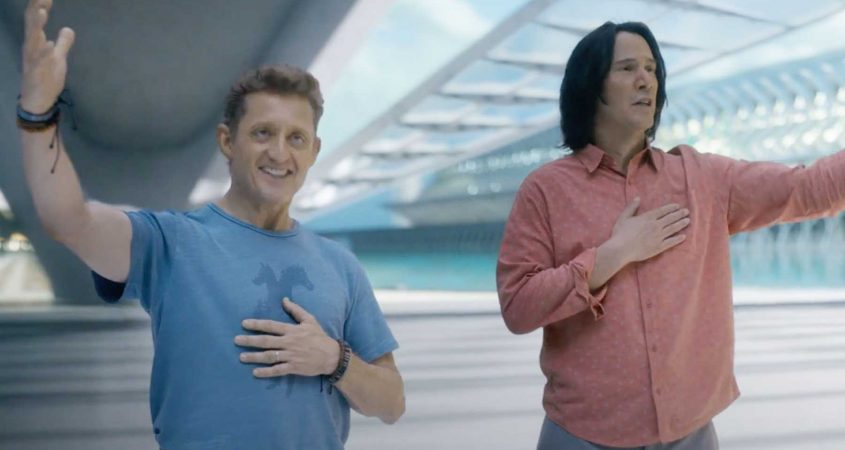 It’s been a long, loooooooooong time in the offing, but the much rumoured and often joked about third instalment of Bill & Ted is finally here.

The stakes are higher than ever for the time-travelling exploits of William “Bill” S. Preston Esq. (Alex Winter) and Theodore “Ted” Logan (Keanu Reeves). Yet to fulfill their rock-and-roll destiny, the now middle-aged best friends set out on a new adventure when a visitor from the future warns them that only their song can save life as we know it.

Along the way, they will be helped by their daughters (Samara Weaving and Brigette Lundy-Paine), a new batch of historical figures, and a few music legends – to seek the song that will set their world right and bring harmony to the universe.

Thanks to the magnificent folk at Madman Entertainment, we have five double passes to give away.

For your chance to win, email allan@bmamag.com and tell him which three historical figures would you employ for your own show. And don’t forget to include your mailing address!