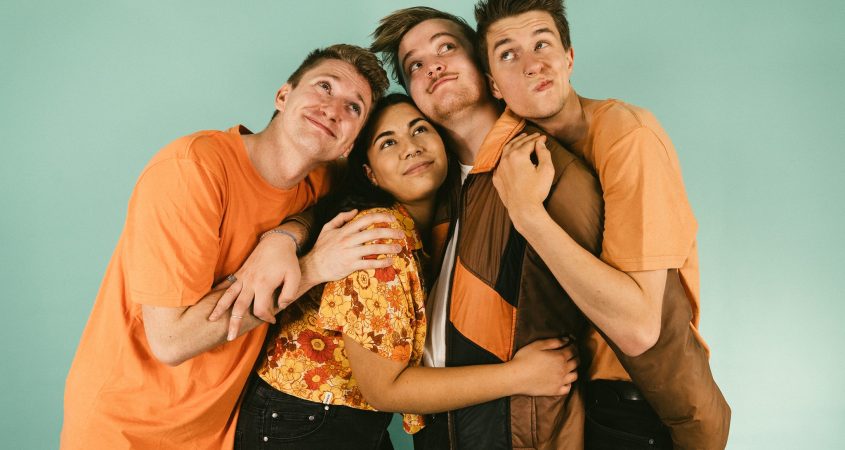 ARCHIE was formed in 2018 while the four members were studying at ANU School of Music. The band’s initial releases Stranger Danger and Blink, as well as a few prime gigs alongside Surf Trash, Neko Pink and BENEE, helped the band rise through the ranks of Canberra’s live scene.

ARCHIE has spent some of their lockdown time fine-tuning their wares including a headline live broadcast with Live In Ya Lounge and supporting Lime Cordiale in their streaming series Mercury Rising.

New single Running To, out 23 August, is a marked deviation from the rousing funk-tinged indie bop rock of Stranger Danger and the synth-kissed pop effusion of Blink.

Running To is the sound of a band blossoming, a dreamy and intoxicatingly languid yet confident foray into an evocative and aurally pleasing territory. Despite the song’s melancholic undertow, after all, the chorus sets out the emotional stranglehold explored here with the line, ‘It’s you I should be running from,’ the track has an almost defiant gleam about it, and one can only put this down to the song’s muted melodic power which exhibits a strident reflection of personal surrender, heartbreaking acceptance.

The band’s on point delivery also helps to consolidate this mood transference. Grant Simpson’s fractured but fearless vocal performance unites the floating musical elements, melding the sybaritic sax lines with the feel’s lustrous drowsiness in a kind of rich mash-up of retro tendencies (a palimpsest of rock history is just audible here, via faint traces of Pink Floyd) with youthful, candid edges, which are all form part of contemporary music’s contumacious aesthetics.

For all its laid-back self-assuredness, which, paradoxically reflects on a rather fated position at the hands of a beloved, Running To is quite an intense experience, sly in its exploitation of your senses and utilising a formidable array of ingredients at the band’s disposal.

A mini-triumph for a band whose promise now seems rigidly fixed to an upward trajectory.