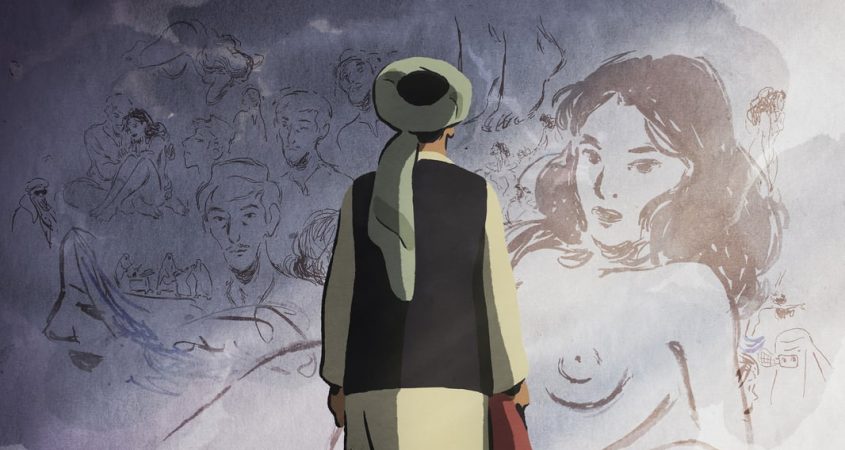 In creating The Swallows of Kabul, directors Zabou Breitman and Élea Gobbé-Mévellec have adapted Yasmina Khadra’s novel of the same title by using animation of images apparently rendered in gouache. Though the result is fortuitous in preventing the viewer from forming overly strong attachments to the lead characters, the film still manages to bring forcefully home the physical, intellectual, emotional, and social privations that Taliban despotism imposed upon an Afghanistan formerly accustomed to an existence far more tolerant, communal, and cooperative: civilised, in the sense that we in the West understand the term.

This complex of privations determines the lives of the film’s characters in most significant respects except to the extent that they may internally resist the urge to conform.

The Swallows of Kabul is less a single person’s journey than an exploration of what losing freedom to political masters comes to mean at its most personal, and of how precious our simple freedoms become to us once we lose them. But the film does follow four very different characters in particular as they negotiate the minefield that a murderously intolerant regime has laid for everybody.

In such circumstances, there can be no truly happy ending for anybody; but the characters develop in their own way, and three find the freedom to make their own choices. For anybody for whom no film set closer to home can awaken an appreciation for the democratic freedoms we so readily sacrifice on the altar of conformity, this film may be special in its ability to paint (literally) the outcome of surrendering freedom for security.