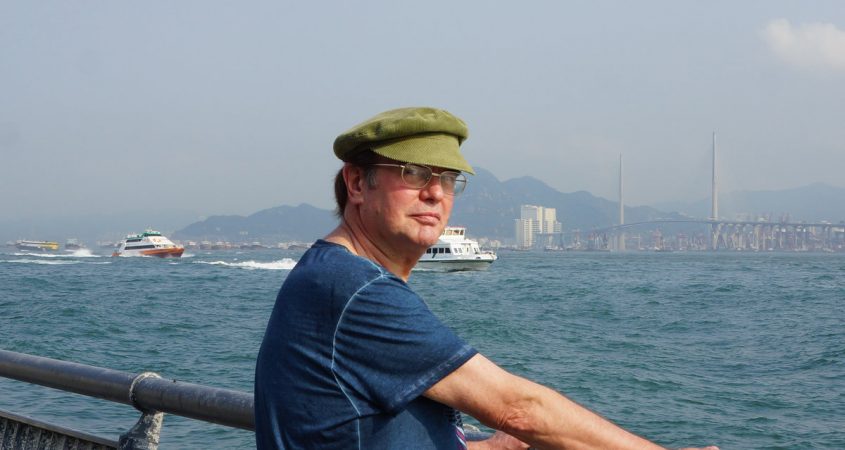 Ross Lovell’s musical career has been interesting, from winning awards to having to put years of work on hold indefinitely in the nineties when he was paralysed by GuillainBarré syndrome, a devastating auto-immune disease.

The experience and his gratitude to all who so strongly supported him through his ten-year journey of recovery only increased his desire to be able to give something positive back to life through his music.

His last single Speakin’ Again, a folk-pop crossover track, attracted a great amount of attention at commercial and community radio. Now he’s back with a new release For The Lady, another folk hybrid that is sure to secure similar attention from radio networks and streaming playlists.

It’s a laidback song, appropriating allusions to the natural world (the sea, flora, fauna) in a poetic and personal address to a loved one. A beautifully played acoustic guitar steers the track along, with Ross’ restrained yet impassioned voice hovering above.

Other lighter textures create an interesting ambience as the song progresses, such as the drum brushwork towards the end of the song. The organic sound reflects the direct sentiment, its candid embrace of raw emotion evident in lines such as, ‘I’ll send you a dove to fly to your heart so my lady, my love we’ll never part’.

There are echoes of Leonard Cohen here in Ross’ fearless exposure of himself as one beholden to what is obviously a magnetic and irresistible attraction.

Ross’ ability to transcend styles is once again evident on For The Lady; it’s highly commercial and relatable yet also alluring and evocative in the same way a compelling soundtrack might be to a movie, this quality about Ross’ work confirmed when another work of his was recently licensed for placement in a TV series being made in Mexico for HBO Latin America.