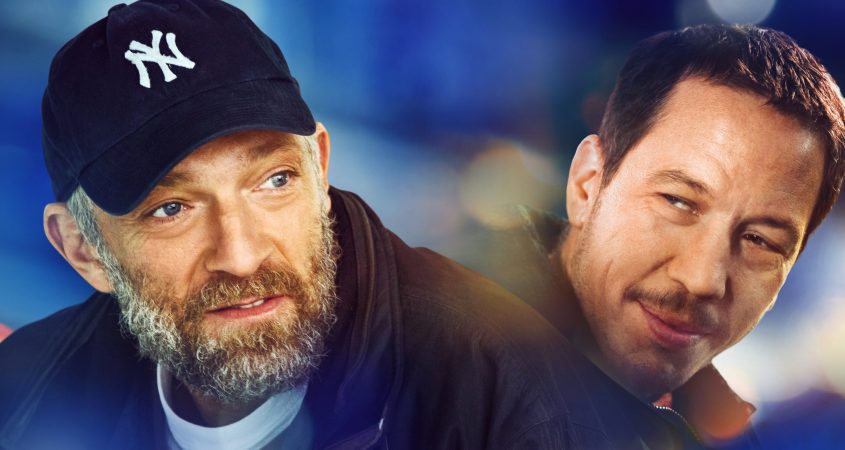 So realistic that it often feels like a documentary (though with an intimate candour suggesting otherwise), The Extraordinary depicts the efforts of sister organisations to create alternatives to institutionalisation for children and young adults severely affected by autism. The condition’s rising prevalence making it a significant public-health issue in the industrialised nations, France’s established certified institutions are full to bursting and so, ironically, refuse the most difficult cases, leaving the parents of the most severely afflicted to deal with all aspects of it.

Enter Bruno (Vincent Cassel — Ocean’s Thirteen; Child 44), a Jewish man whose individual attention transformed first one, then another autist’s life and who went on to found The Hatch; and Malik (Reda Kateb — Zero Dark Thirty; Django), a Muslim man who established a sister organisation, The Shelter. Both organisations are non-profits, running on a shoestring and accepting the task of helping those whom every institution has either turned away or been unable to cope with. The Hatch and The Shelter work closely to recruit down-and-out young people as individual carers and trainers capable of enriching their younger charges’ lives and helping them toward miraculous independence.

The film’s title refers principally to these dedicated carers: though they embody various degrees of compassion, intuition, creativity, and dedication, every one of them, after training, places him- or herself at risk of severe, if unintended, injury every day.

But there’s a problem: neither organisation has the requisite French Government certification to carry out this kind of work. The continuing result of that is that insurance is difficult and expensive; but the looming possibility is of closure by the Government. Throughout the film, a pair of investigators delves into how well and how poorly the organisations’ care roles play out, leading to a satisfying climax in which Bruno lays out the stark truth for them.

If such a film sounds depressing, be assured that it’s not: its depiction of setbacks and calamities meets its match in the gratifying outcomes of the dedication by Bruno, Malik, and the other carers in the quality of life of those under their care and tuition. Outstanding performances all round and good camera work draw you in, keep you engaged, and leave you appreciating the difference that each of us can make in the lives of those less fortunate.