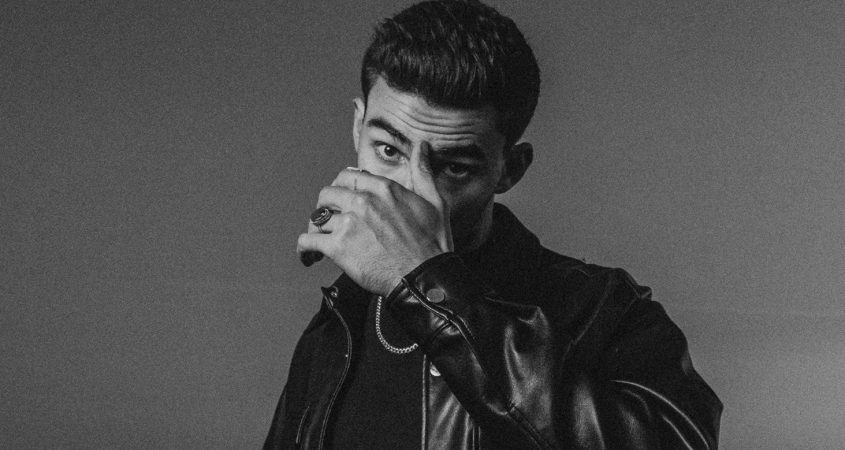 The Love Divide Sessions is Canberra rapper Kirklandd getting together with his band to recreate stripped-back versions of his tracks during isolation.

Kirklandd is part of the new wave of Australian rappers that are extending their reach, embedding their brand of tell-all artistry into the mainstream.

Following last year’s stellar performance at Groovin The Moo, Kirklandd has slowly but surely established himself as a music artist to watch. These latest releases will no doubt further his cause.

All the tracks have been re-imagined utilising a very capable bunch of players, harnessing a miscellany of styles that include funk, RnB, and jazz, the musicians helping to shift and embellish Kirklandd’s incisive personal narratives into another dimension with subtle flair and unobtrusive, suitable accompaniment.

During Visions, Kirklandd’s observations slide in an out of the band’s more gentle affectations, seeming to add another stream of voices to Kirklandd’s robust layout of verbal dexterity.

Likewise with Clarity, with the ceaseless flow of words now joined by inventive chord progressions and sonic mood enhancers, repeated key lines and electric guitar motifs work well alongside the directness and raw texture of the lyric.

On Impulse there is more of an expansive treatment, with Lucy Sugerman’s vocals featuring on the chorus, her brand of vulnerability and subtle cadences a worthy addition to this new version of the track.

Despite the general impression that the tracks are seemingly more mellow and relaxed, the intensity of Kirklandd’s delivery never lets up. In many of the autobiographically charged moments, Kirklandd’s determination and conviction feels more compelling; as is sometimes the case when a live interpretation of a track is pitted against a recorded version.

The electronic has been usurped by the organic here, and during some moments, if not the entirety of this live set, the change exposes Kirklandd as more of the real deal than one may have previously thought.