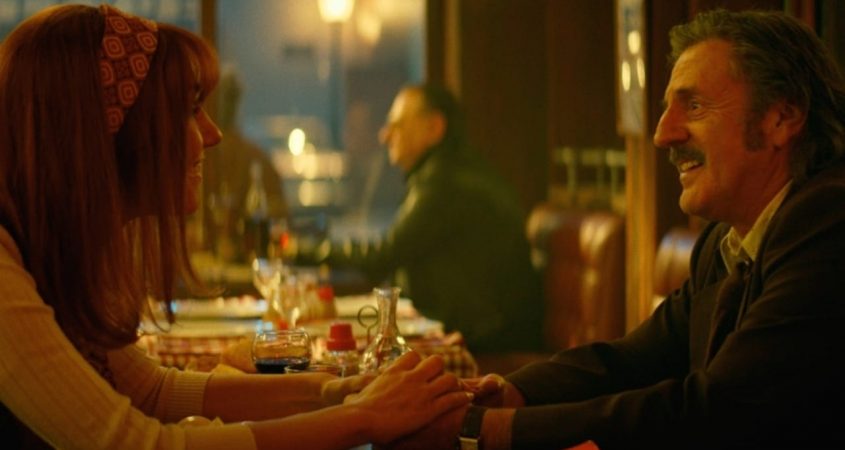 Offered the chance to visit any period in the past via its studio reconstruction and a band of versatile actors and extras, Victor (Daniel Auteuil — Remi, Nobody’s Boy), disappointed in his wife’s, Marianne’s (Fanny Ardant), indifference to him after 40 years of marriage, chooses to revisit the day he met the love of his life. The studio-lot business is the brainchild of Guillame, a man Victor helped as a boy; he is keen to help Victor recover his zest for life. But the entire reenactment so bewitches Victor that he has trouble leaving it at just a visit.

In the meantime, Victor’s son, who has helped orchestrate the reenactment, and Marianne herself learn something of Victor’s meaning in their own lives, and Victor discovers what others stand to gain by their involvement in the mock drama.

La Belle Époque draws out the odd experience of knowing that everything around is a sham but loving it for how well it evokes genuine emotion, even for those who see it through one-way mirrors, controlling lighting, background music, and entrances and exits; and the film extends that magical sense of dual reality to the viewer.

Warm, funny, and at times moving, La Belle Époque will surround you with its scenery and its generous characters for many hours after you’ve left the cinema. Anybody with a grain of sentimentality will love it.