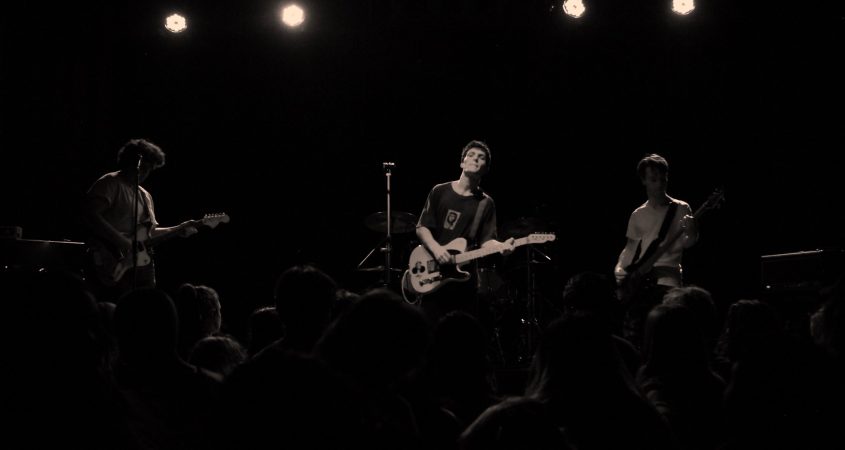 Apparently, the musician behind Deputy Chief Wardens is ‘an Indie teen from Canberra with an out-of-tune guitar and too much time on his hands’.

Well, that situation sounds like it’s working out quite well. Who doesn’t want to hear an out-of-tune guitar now and then?

Dickson Liquor is an album bursting with songs by the aforementioned teen that run the full gamut of teen angst creative energy. It’s a bit punk in the vein of the classic kind such as The Clash, the modern sort in a Dune Rats kind of way, as well as strewn with splotches of rap punk that, in a stark reverberant way, reveal the extent of this teen’s quite entertaining and enlightening musical style.

The subject matter is perhaps the same but the details differ. It’s not weed, it’s nangs. From the relentless party reportage of the opener to the deliriousness of the gloriously titled Skate Rat Scum, Dickson Liquor has as many barbed edges and hormonal expulsions as any work by an agitated artist who’s been imprisoned and let out for a weekend visitation.

The disjointed and fearless unrefined firepower expunged through these mostly short and sweet ditties is a dizzying example of what a bright and enlivened creative spirit can come up with using such humble means as Garageband and a few mics and guitars (out of tune, of course); a splendid spray of social revelation, a peek into that clandestine world which we have all stumbled and staggered and dragged ourselves our way through: teenagedom.

Here it is, shimmering in its red-rawness, resplendent in all its gratifying, gory detail.

But it’s not entirely without light and shade; there is quite an intuitive dynamic at play here, with tracks such as Cry To Yourself and the closer Babushka rounding off the heady, tempestuous onslaught.

Take a listen and hear for yourself what controlled energy can muster when it dips above the cyclonic waves long enough to take a breath and press record.