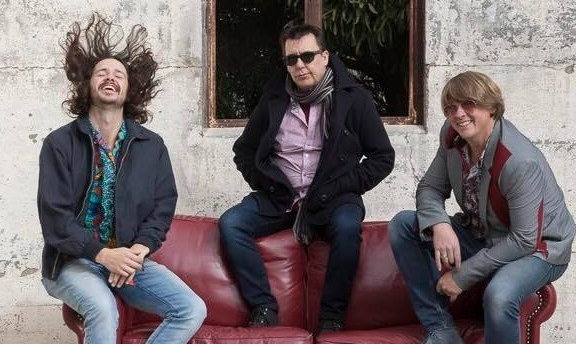 The SunBear’s debut single Set Fire To My Heart attracted almost 20k streams and a lot of media attention and action at radio, and their new release will no doubt do just as well.

Featuring the same contemporary blues sound as their first single, though with the energy level taken up a notch, Hurricane is a refreshing example of the seemingly limitless appeal of the genre.

The sparse more traditional-like blues aesthetics of Set Fire To My Heart have given way to a style that highlights the rockier elements of the band; the gritty vocal, the rollicking exuberance of the feel, and the fiery fever of the solo guitar blasts dotting the track.

The funk-tinged drum introduction sets the pulse, a scattering beat that quickly solidifies, bringing in the freewheeling bass and guitars.

A descending chord progression ensues, affirming the chugging rhythms and allowing for the verse melody to glide down its centre.

The verses are kept bare, enabling the busier pre-chorus and chorus sections to invoke a swaggering intensity that centres on the vocal refrain. The SunBears’ assured performance on Hurricane manages to conjure the persuasive spirit of a live gig; utilising crucial dynamics to an optimum yet maintaining an eruptive potential bubbling just below the surface; a restrained power whose promise of being unleashed is part of the allurement and fascination of any band.

And that’s probably just what the group was aiming for. In every respect, the performances feel condensed and cohesive, and although tied to the blues mothership, they’re floating around its galactic periphery.

And just as there are elements of several noticeable musical mutations here – soul, funk, southern rock – there’s confirmation of the band’s particular style too, waving its flag, a coalesced amalgamation which is crowned, quite convincingly, by the lead vocalist’s rousing appeals.