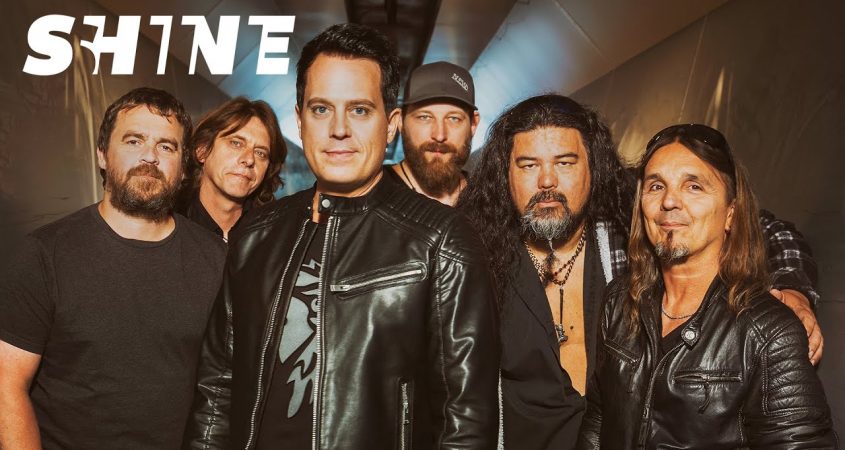 Shine is a new Austrian band, fronted by vocalist Gregor Glanz, a renowned vocalist and musician in his own right in his home country.

The band has just released a new track We’ll Be Alright, and the style here is rock-pop with flourishes that veer towards the harder side of the rock element with others that drift perilously near to the cliché territory of the pop element.

But contained within the confines of its retro sensibility is a good-natured easiness about the song, one easily identifiable and confirmed by the lead vocalist’s impulse for writing the track:

“We want to give people hope with our song, something they may have lost during these difficult times. Staying true to the motto: love illuminates even the darkest room!”

And of course, it does. This ambition is difficult to argue against. The song’s heart is in the right place. Although the melodies are quite well-crafted, soaring from the lows of the verses to the highs of the chorus with endearing ease, the main focus here is the lyric. The title summarizes the sentiment of the song, and in a sense, that’s a succinct form of promotion for it.

There is no ambiguity here; everything is pretty much spelt out in a clear stream of lines that do not shy away from utterances of unequivocal dedication. For many, this is exactly what they want from a song; an imaginary lifeline to assurance via the translation of what they find difficult to speak of themselves.

There’s something about the frankness here, it’s quite bold and although the track feels as though it’s escaped from another era, it manages to hold up due to its resolve as well as to its melodic strength. In some sense it’s quite refreshing to hear, there is an innocence here, which when pitted up against the temper of these times, is quite welcome.