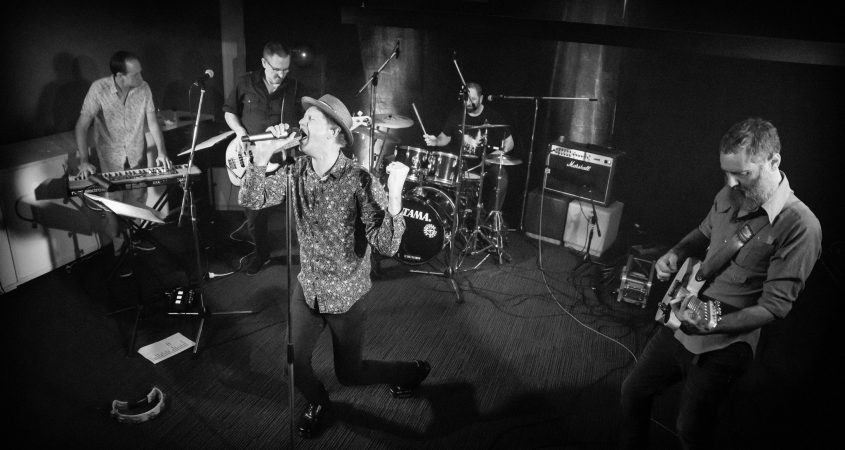 Adelaide indie-rock band Big Room has just released their new track Unleash The Beast, a track with a curious sound; a blend of classic rock styling with laced experimental edges.

Unleash The Beast is an attempt to create a motivational song, harnessing the visuals of ancient battle scenes (‘built, Seventy AD for entertainment shows’) and pitting them against modern allusions (‘tomorrow we rise at first light, ready to track the game’).

And why not utilise references to the Coliseum, gladiators, and war; the psychology behind some sport is surely grounded in such historical and questionable manifestations.

A compelling feature of Unleash The Beast is its mix of the unrefined with the sophisticated, and by that I mean a spirited vocal that leads the charge of the more controlled aspects of the record such as in the skilful horn playing, intriguing lyric, and tightly structured arrangement.

And if one were to scrutinise the lyric, a clear sense of scurrilous humour emerges, though hidden beneath the unassuming straightness of the vocal delivery.

Unleash The Beast has an Australian pub-rock semi-angst sensibility about it, somewhere between Hunters And Collectors, Big Pig (remember them?) and Midnight Oil at their most elemental. The sound is stridently percussive and jagged yet is crowned not only by Dave Johnston’s engaging vocal but by the shimmering sultriness of the horns, which put the group in yet another musical category – one which covers US band Chicago and jazz-rock outfit Blood, Sweat & Tears, a comparison perhaps unavoidable due to Big Room’s particular juxtaposition of instruments.

Big Room live up to their name, here.