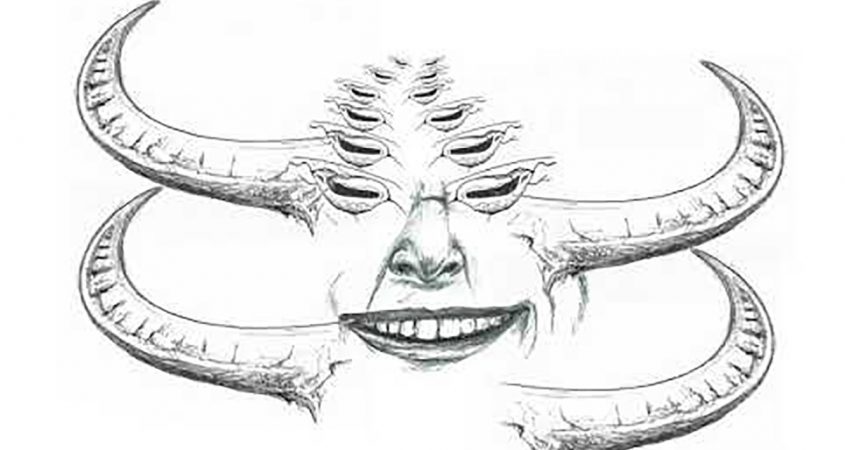 SFL is the new track from Canberra’s Modulii (formerly Teen Skank Parade), taken from their 2019 debut album The Last Album.

Modulli’s brand of bluesy angst post-grunge sludge metal aesthetic is condensed here to two and half minutes of searing disgust and loathing.

The song’s barebones intro is as stark as what the opening salvo reveals: ‘I will live my life without you’. We’re not getting a love song here.

What does transpire is a slovenly sonic build. From the first piercing tone of the guitar swell to the epic wailing of the band in full flight, SFL is a snarky ditty that is an unapologetic emotional purging.

Another line seals this sentiment: ‘You make me sick and I hate your fucking eyes.’ Eyes. Eyes! Why, eyes? This detail is so particular it feels poetic.

What reinforces this slurred poeticism is the accompanying video, created by Ayla Marika. The images brought to life here vividly correspond to Modulii’s retching, aural exorcism. Utilising hand-drawn illustrations and digital painting, Ayla’s flitting array of skilfully rendered faces, figures, features, and other assorted atrophying forms is compelling, creating a luring juxtaposition to the leaden aspects of the soundtrack.

But just as SFL continues to intensify as it moves from assignation to resolute rage, so too do these aforementioned forms, taking on the very same depths of that auditory fire, metamorphosing to unsettling vicissitudes of insectival grimaces and gnawing rats’ mouths. As a result of these anamorphic depictions the music and the video are efficiently merged, an artistic symbiosis is reached, this exchange embedding resonance to each creative discipline. This is what one expects of a music video: surprise, ambiguous beauty and a kind of contaminated sensuality all of which amounts to uniform engagement. The SFL video is quite a trip, worthy of taking, as unsettling as it is disturbingly alluring.